The USA suffered its worst defeat to Mexico in a decade when it fell 3-0 in Friday night's friendly. Only for a fleeting period at the beginning of each half did Coach Gregg Berhalter's team play with any cohesion against an El Tri team whose pressure overwhelmed the U.S. backline. Josh Sargent failed to convert a late penalty kick that would provided a more flattering scoreline, but Mexico also squandered golden chances in each half. Two young American defenders made their USA debut, starter Sergino Dest and sub Miles Robinson. 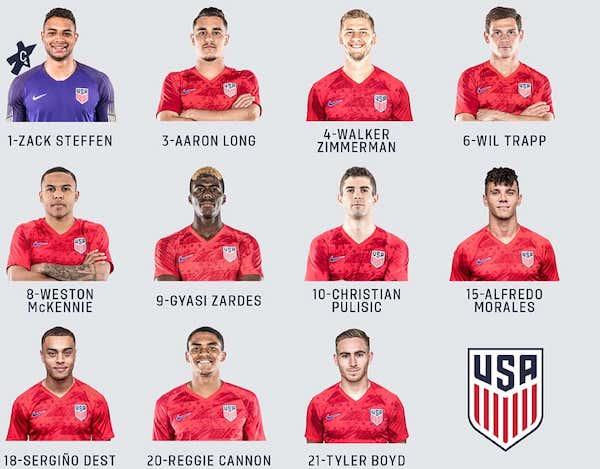 Zack Steffen's distribution looked dodgy from early on and Mexico's second goal came after Alfredo Morales failed to handle Steffen's weak pass. But much blame goes to the U.S. defenders who sent him far too many back passes. Steffen's one save wasn't a difficult one.

The USA managed to give "playing out of the back" a bad name because they failed the playing out part -- whether because the defenders lacked the skill to evade Mexico's pressing forwards and/or the midfielders not making themselves available. Aaron Long found himself in no man's land on Mexico's first and third goal. His central defense partner Walker Zimmerman kicking the ball out of bounds late in the first while under little pressure demonstrated just how incapable the USA's backline was in transition. The 18-year-old Sergino Dest's debut meant going up against the wily Jesus Corona and it started promising. Dest even took one of the USA's best shots, a long-range effort that required a decent reaction from keeper Jonathan Orozco. Unfortunately the left back's debut will be remembered for getting nutmegged by Corona as he set up Chicharito's goal. The right back, Reggie Cannon fared better, but much because Mexico chose the opposite flank for most of its attacks. In general, the USA's four defenders found tracking three forwards daunting. At least one of the two central backs could have focused on marking center forward Javier "Chicharito" Hernandez.

It looked as if the USA required Christian Pulisic to spearhead the attack, roam the midfield, defend, and perhaps hand out halftime refreshments. He was fouled four times, not including a no-call after he evaded the stranded Orozco and got plowed off the ball at the edge of the penalty area. In the 38th minute, Pulisic's heroic one-man counterattack ended with a poor shot from Alfredo Morales, who returned to the team after a three-year absence. Morales looked bad on the second and third goals, led the USA with five fouls committed, was cautioned for raging retaliation, and hit the post on the USA's best chance. A lackadaisical backward pass by Weston McKennie nearly gifted Mexico a first-half goal and another in the second half led to Mexico's 2-0. If a central midfielder's task is connect the back to the front, then Wil Trapp failed badly. Tyler Boyd beat Jesus Gallardo on the wing to send in a low pass that was easily cleared, then called it a day even though he was on the field for another 55 minutes. This harsh assessment of these midfielders comes with some compassion. Was McKennie supposed to focus on attack or defense? Why did he and Pulisic hardly find each other? Since Trapp wasn't attacking, why did McKennie and Pulisic have to retreat so much? One wonders whether they were given feasible assignments or if this was a game plan too clever by half.

Gyasi Zardes committed more fouls (2) than he had shots (0). But he was a lone attacker on a team that failed to control the ball in Mexico's half.

It was a tough way for Miles Robinson to get his debut, entering while Mexico led and could counter quickly after disjointed U.S. attacks. Hirving Lozano easily shrugged off Robinson's challenge en route to setting up Uriel Antuna's goal. Jordan Morris came in for Boyd and got fouled for the 88th-minute penalty. Josh Sargent's poor penalty kick ended the USA's day with a whimper. That said, this Mexican team's smart, swift and sharp play would have been difficult for any team to cope with.