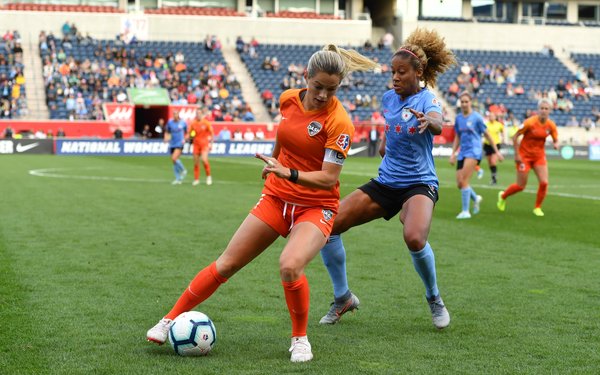 The four teams chasing NWSL leader Portland all moved three points closer to the Thorns, who fell to Utah, 1-0, on Friday night.

The defending champion North Carolina Courage, which still has two games in hand on the Thorns, won, 2-1, at Sky Blue FC to move to within two points of the lead.

Chicago is only four points out of the lead after its 3-0 win over the Houston Dash on Sunday.

Sam Kerr scored two first-half goals to give her 15 goals on the season and is all but assured of winning the NWSL scoring title for the third year in a row. Savannah McCaskill had the third Chicago goal.

Dash goalkeeper Jane Campbell denied Chicago a fourth goal when she saved Yuki Nagasato's penalty kick in the 84th minute, setting the NWSL single-season record with her fourth penalty save of the year.