Last week we reported on the exclusion of Latinos from the U.S. Soccer Youth Task Force, which the federation launched nearly a year ago. It includes six Working Groups, which brings to 59 the number of people working on the Task Force. Each of the Working Groups includes one member of U.S. Soccer’s Athlete Council, which consists of 20 athletes who control 20 percent of the Federation vote and have three spots on U.S. Soccer’s Board of Directors. The Athlete Council members, whose eligibility is based on national team participation, are nominated and elected by their peers. Landon Donovan was elected to the Athlete’s Council in November of 2018. 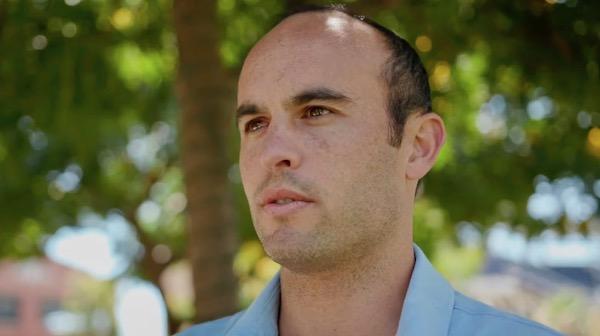 Donovan’s first youth experiences were with Latino players and he has previously spoken about the influence that the Latin-style of soccer had on his future success. We checked in with Donovan for his views on the lack of Latinos on the Task Force.

“We want U.S. Soccer, we want our clubs, we want MLS, we want our national team to reflect what our country looks like,” Donovan said. “Certainly, that includes Latinos, so we should absolutely have people who understand that segment of our demographic.”

No man of Latin American origin or descent is serving on any of the Working Groups.

“I'm not Latino,” said Donovan, “but I consider myself as Latino as one can be without actually being Latino -- because that's what I grew up around. I have a very good understanding of the Latin American player, mentality and lifestyle as it pertains to soccer. But I agree with you we should absolutely have representation from every piece of our country.”

“I'm not in any of these conversations,” Donovan said. “I haven't been part of any of the interviews. I'm not privy to all of it. But, yes, I do think it’s vital to have [Latino representation].”

Donovan learned Spanish because most of his teammates on his Southern California youth club were Latinos and spoke more Spanish on the field than English, making it necessary if he was going to get the ball and “be accepted on the team.” (Another former U.S. star who is non-Hispanic and was influenced by Latin soccer is Clint Dempsey. While growing up in the East Texas town of Nacogdoches he played in Hispanic adult leagues during his teens.)

“A big piece of what we’re doing with our San Diego team,” Donovan said, “is trying to build -- from our front office, through our fan base, and with our coaching staff and our players -- a group of people who are representative of what our city looks like. U.S. Soccer should absolutely do the same thing when it comes to being representative of the country.”

Donovan played for the USA at three World Cups (2002, 2006, 2010) after climbing the youth national team ladder. This year, players in the men’s youth national team program, from U-14 to U-20, are about 40% Latino. But U-20 head coach Tab Ramos is the only Latino head coach in the program. He also serves as Youth Technical Director, but Grant Wahl reported in SI.com that according to sources, “Ramos hasn’t been involved in any federation youth strategy planning over the past 12 months.” Moreover, Earnie Stewart, the newly promoted U.S. Soccer Sporting Director, now in charge of the men's and women's national team programs from youth on up, equivocated when asked what about Ramos' future role with U.S. Soccer.

On whether the men’s youth national program has made good progress under Ramos, Donovan said:

“Absolutely. The ultimate sign will be how many of the players will succeed with the full national team. But they have done extremely well and we’re all pretty optimistic and excited about what we’ve see over the five, six years under Tab.”

Would he be surprised if U.S. Soccer moved ahead without Ramos in charge of the youth national team program?

“Again, I'm not privy to all the conversations. But would it surprise me? Yes, it would. Because I think Tab's done an excellent job. I don't know all the ins and outs. But, yes, from the outside, I think Tab has done a terrific job.”

If U.S. Soccer did want to start including Latinos from the American soccer community in its Task Force, would he be able to provide a list of qualified candidates?

“I certainly could in San Diego, because I've working with them for a couple years now,” he said. “Across the nation? It would not be hard. You can find people who are relevant in their communities who understand the youth game very clearly. That's not hard to do.”