The Hex will be here soon enough 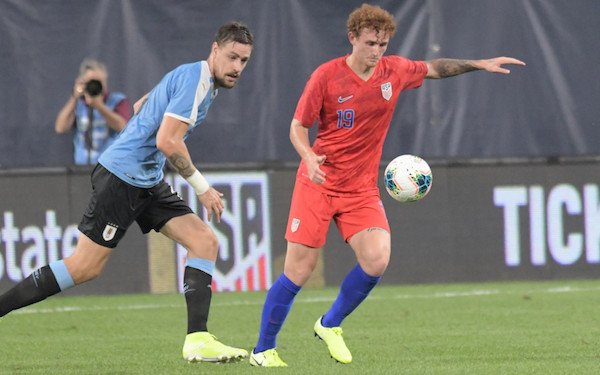 Next month will be the two-year anniversary of Couva and the USA's elimination from the 2018 World Cup. In less than a year, the Hexagonal will start.

There will be no easing into qualifying for the 2022 World Cup in Qatar. Concacaf has scrapped its qualifying format for one that favors the big teams. And those that are prepared.

Concacaf's 35 teams will be split into two groups -- the top six teams, based in next June's FIFA rankings, will move straight into the Hexagonal, which will send 3.5 teams to the World Cup -- the top three teams directly and the fourth-place team into a playoff.

And the other 29 teams? They will get scraps. They will play off among themselves for a shot at the .5 berth -- a playoff against the fourth-place team in the Hexagonal and a shot at the intercontinental playoff.

The USA will be in the Hexagonal, don't worry. But is it ready?

The 3-0 loss to Mexico and 1-1 tie with Uruguay were the 25th and 26th games the USA has played since it crashed out of the 2018 World Cup -- 12 games under Dave Sarachan and 14 under Gregg Berhalter since he took over as the permanent replacement for Bruce Arena last December.

But the Mexico and Uruguay matches underscored how much the team is still a work in progress, still trying to find its way, still trying to develop a self-belief and build a unit that can confidently tackle the Hex.

Berhalter tried to spin the Mexico defeat as progress, progress in trying to play out of the back instead of simply playing the ball long like so many U.S. teams have done in the past.

The inability to play the ball out of the back is what ultimately doomed the USA in the last World Cup qualifying cycle. The USA had overcome the two opening losses that cost Jurgen Klinsmann his job as head coach, and it had qualification with a game to spare within reach when it lost to Costa Rica, 2-0, at home, falling behind in the first half when the Ticos capitalized on a poor pass by goalkeeper Tim Howard.

The USA will also have to learn is how to break down opposing teams that sit back and dare for it to break them down. In 2017, the USA crushed Honduras and Panama at home, but struggled to put away T&T in Colorado and never figured out how to breach the Ticos' defense in Harrison.

“We just played two different teams with two very important challenges,” Berhalter said after Tuesday's game. “Against Concacaf teams we will play teams that are very compact [like Uruguay]. We have to understand how to break those teams down. Mexico was a totally different challenge. Mexico is a high-pressing, active team in front of a loud, boisterous crowd. Mexico presented us with good challenges but also good learning opportunities.”

The stories of the Mexico and Uruguay games were also as much about who wasn't with the team and who was there.

Two years after Couva, the USA still needs Michael Bradley and Jozy Altidore, the two players most vilified by fans after the 2017 qualifying debacle. Bradley and Altidore will eventually be replaced, but when Mexico's game started to fall apart it screamed for the presence of the two players unavailable because of MLS commitments with Toronto FC.

The USA was also without Tyler Adams and John Brooks. Adams is still training on his own in Leipzig, dealing with an adductor injury that's bothered him for more than five months. Brooks was a late scratch for the Mexico game with tightness in his groin. Berhalter has no ball-winner in midfield like Adams, no player with his spark to light a fire in the team, and no central defender with Brooks' physical presence or passing ability out of the back. Adams and Brooks have played just one game each for Berhalter, the 1-0 victory over Ecuador in March.

The potential is there for the USA to become something special. We can dream, can't we? If only the USA gets through the Hexagonal, all its potential can be unleashed in Qatar and carry it through to 2026. Sergino Dest, still only 18, certainly showed off that potential against Mexico and Uruguay. (Regrettably, there's no guarantee we'll ever see him in a U.S. uniform again.)

But it all remains a big "if." The Hex is going to be here soon enough.