MLS: Philadelphia and Atlanta United still have shot at NYCFC in Eastern Conference 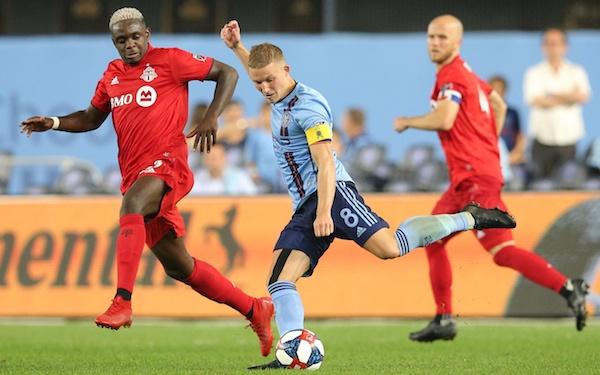 NYCFC could have broken open the Eastern Conference race when it hosted Toronto FC but it had to settle for a 1-1 tie. It moves into the home stretch with a three-point lead over Philadelphia and six-point lead over Atlanta United, which has a game in hand.

“Sean has experience," said NYCFC coach Dome Torrent. "He saved the penalty, it is good, it is a good feeling. I am happy because in the last six games of 18 points we got 16 points. It is good news for us, that is the reason now that we are in the top of the [Eastern Conference] and we will try to finish in the first position.”

Philadelphia and Atlanta United will each get a chance to take down NYCFC in the next month.