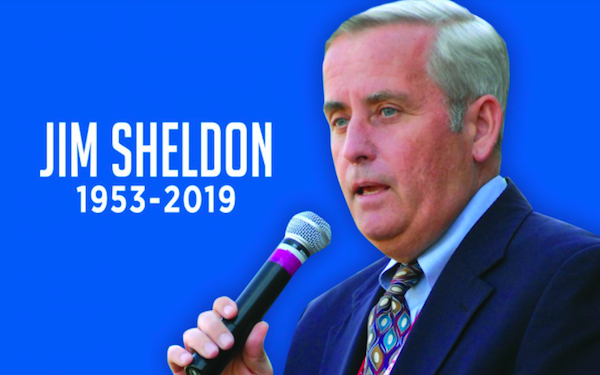 Jim Sheldon, the United Soccer Coaches' first full-time employee when he was hired as executive director of the then-NSCAA in June 1992, died at the age of 66.

Sheldon is credited with building many of the programs at the association, which grew from 8,000 to 29,000 members during his 17 years with the NSCAA until his retirement in May 2009. He was presented with the Honor Award, the association’s highest honor, at the 2014 Convention in Philadelphia.

“It’s a sad day losing such a good friend and mentor,” said Jeff Farnsworth, the United Soccer Coaches president. “I was fortunate to work with Jim for nearly 20 years. He was such a kind and compassionate man who touched so many people. United Soccer Coaches owes Jim so much for his leadership, dedication and vision! We lost a good friend and an icon of our association.”

Sheldon graduated from the University of Kansas, where he captained the club soccer team.

He also spent six and a half years at the NCAA in the publications and championships departments, working as the Division I men’s soccer administrator. Prior to joining the NSCAA, Sheldon served as vice president for the 1990 Seattle Goodwill Games organizing committee.