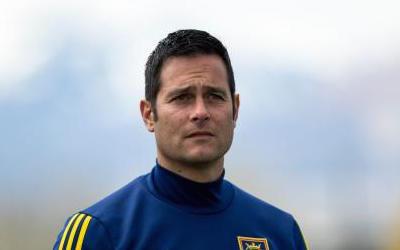 Mike Petke, who was fired as Real Salt Lake's head coach on Aug. 11, has sued the MLS team, seeking approximately $687,500 in salary on the remaining term of a three-year contract signed in September 2017 and other damages.

Petke’s dismissal followed a a three-game MLS suspension and two-week RSL suspension without pay in the wake of a postgame incident following RSL's 1-0 loss to Tigres of Mexico in the new Leagues Cup in July 24.

Upset with the officiating, Petke confronted Panamanian referee John Pitti and his assistants. Pitti issued a red card to Petke, who continued to berate him.

(One of the calls Petke was upset about involved a cat that ran on the field in stoppage time -- his complaint included a photo of the cat since adopted by Petke's successor, Freddy Juarez -- and resulted in a delay of a minute that Pitti did not add on.) 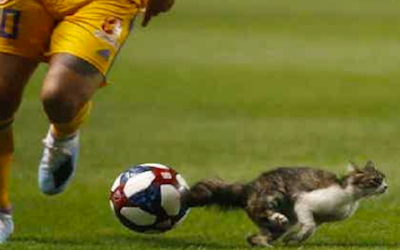 The Athletic reported that Petke repeatedly called Pitti a “motherf***ing puto” (“puto” being a Spanish-language homophobic slur) and even used the phrase in a note sent to Pitti in the officiating room. (The complaint states Petke used the "p" word but it "is commonly used by soccer  players and soccer fans alike to mean 'coward' or 'jerk.'")

The night before the work suspension was slated to end, RSL issued a statement that Petke had been dismissed.

Petke's complaint states that he signed an amendment to his contract with RSL in the aftermath of the incident and they agreed that "any further violations of these policies will result in immediate  termination for cause under your employment contract."

It contains text messages between RSL executives Craig Waibel and Robert Zarkos and Petke's wife, Kim, to plan for Petke's return, which never happened, and suggests the turning point came when RSL’s owner, Dell Loy Hansen, was caught on videotape speaking with fans at a Royals’ NWSL match about how he was considering firing Petke.

The complaint details a conversation between Waibel and Zarkos and Petke at a Starbucks and alleges that they "controlled the conversation" and told Petke he would be fired because Hansen's comments "painted himself into a corner" but they disagreed with the move.

In the most explosive part to Petke's complaint, he states:

"Both Waibel and Zarkos also told Petke that they were no longer going to put up with Hansen’s conduct and that they had a plan to exit RSL after the season. Waibel then said, 'It’ll be at the end of the year, because I also don’t think Dell Loy [Hansen] should ever be rewarded for who he is.'"

Real Salt Lake issued a statement it was aware of Petke's lawsuit:

"As previously reported by RSL, Mr. Petke’s employment was terminated for cause based upon statements and actions that are unbecoming of RSL representatives, especially our head coach.  The organization stands firmly behind that difficult decision."