There is little argument that the latter half of 2019 is an interesting time for young players in American soccer. The recent September international window, saw the U.S. U-17, U-20, U-23 teams each hold camps. The full national team also played friendlies with eight players who were eligible for youth national teams. 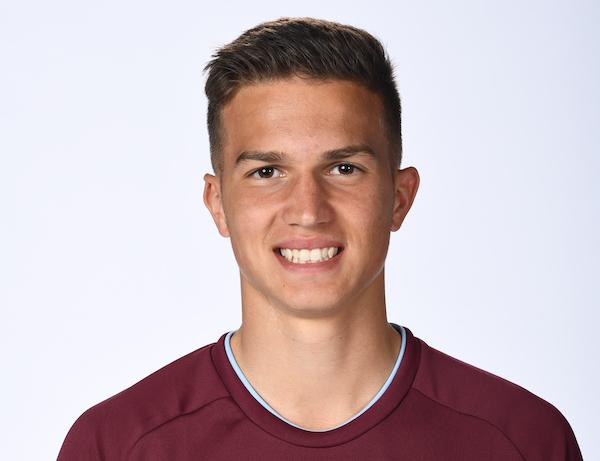 Meanwhile on the club front, MLS is currently in the home stretch of a season which has seen a dramatic increase in meaningful opportunities given to younger domestic players. Meanwhile in Europe, even more American players continue to break through. Among players age-eligible for the U-23 team, four are Champions League teams and another played in last year’s tournament.

On many levels, it is an important time for many young players and one who is looking to make a big push in the coming years is Colorado Rapids central midfielder Cole Bassett.

So far, he is off to a very strong start.

In MLS, Bassett has played more minutes than any of the 2001-born and younger age groups. He recently made his U.S U-20 debut at the team’s first camp of the 2021 cycle. At the camp, the Littleton, Colorado, native was the only player to score in each of the team’s two games. Last offseason, Bassett trained at SC Freiburg and he is very open about his desire to move abroad permanently in the early stages of his career.

“I'm not going to hide it, I definitely want to be in Europe in the future,” Bassett said. “I think everybody knows that and even the GM at the Rapids knows that. That was one of the goals that we came up with when I signed here. It was that he wants me to be able to be a top-level player in Europe and he wants to help me get there. So that's always a goal in the back of my mind.”

As of now, the plan has gone according to plan and Bassett is now approaching 1,500 minutes in his MLS career, and after celebrating his 18th birthday at the end of July he is on a good pace on a Colorado team building for the future.

Bassett knows that next year will be important for both him professionally and for the team as it attempts to claw back to relevancy under new head coach Robin Fraser – who was hired in August and has the team playing its best soccer in years.

“But for me personally and where I want to go, I still think I need to be kind of a regular starter on this team,” Bassett said. “I think I've had enough time and next year is going to be a big year for me especially -- because of the transition of this club but also, for me, I'll be 18 and near that 19-year-old point. Kind of like Tyler Adams and that age range.”

And while Bassett is aiming for a breakout year next year on a personal level, he is also pleased with the team’s current direction. With a core that includes Diego Rubio, Kellyn Acosta and Keegan Rosenberry -- he also is quick to point out that youth national team players such as himself, U-17 right back Sebastian Anderson, and potential U-23 left back Sam Vines are also playing regularly. Finally, the designated player spots will be opening next year to allow for flexibility.

Most importantly for Bassett, the opportunity to learn under Fraser is ideal as he is introducing a sophisticated style that demands a lot of Bassett’s No. 8 position (central midfielder) in a 4-3-3 formation.

“He’s made me think about the game more than I have this whole year -- just in the past three weeks, the positions that he wants me to get into and where he wants me to face forward,” Bassett said of Fraser. “And just the way he thinks about numbers like how we can get advantages out wide, being able to break teams down.”

As he grew up through the academy, Bassett has shifted positions from defense to further up the field where has made an emphasis on improving his creating and finishing.

“I've always been on the skinnier side, so I've always tried to out-think players,” Bassett said. “In the academy that was a lot easier than it is now. But even now, I've had to do a lot more because I'm going up against grown men. Even though in the last year I've developed a lot of the physical side, I still have a long way to go.”

“I think one of my strengths as a player is being able to outrun players and get into the box late,” he added. “But as a No. 6 [defensive midfielder], I don't have the ability to do that as much because I have to organize from deeper and I don't have the option to go forward. Especially with the No. 10's [attacking midfielders] that we have in this league like [Alejandro] Pozuelo or [Sebastian] Blanco -- they kind of just cheat to the wing so you can't leave them isolated. In this system, I am one of those No. 8 or No. 10s. And that's what I prefer.” 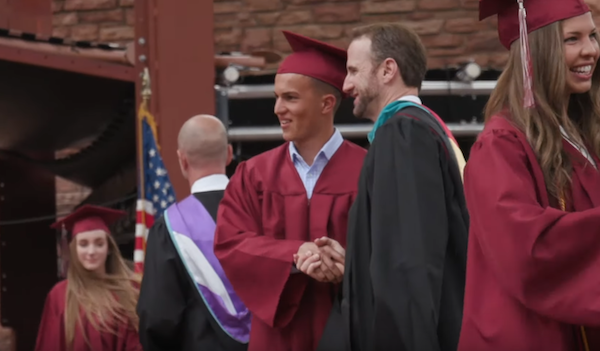 Cole Bassett graduated from Chatfield High School in the middle of his second MLS season.

But for Bassett, he also has a lot on his plate at the international level as well as he is aiming to become entrenched as a starter for Tab Ramos and the U-20 team. Growing up, Bassett admitted that he was “obsessed” with getting into the national team but it wasn’t until this past February when Bassett made his debut for a U-18 camp that was coached by Ramos.

“I loved it,” Basset said of the U-20 camp. “Tab is one of the most fun coaches I've played under because it's such an aggressive style and he wants the center mids to be on the ball as much as possible to create the game. I definitely came in a bit nervous. But once that first game hit, I thought I did pretty well and then as the camp went on, I grew in confidence.”

But the success of recent U-20 teams is not lost on Bassett and the players of his age group. He is aware that the last two U-20 teams won Concacaf and the last three have advanced to the World Cup quarterfinals. He understands the pressure is on his generation to continue that trend and perhaps go further.

“You have to show every single time that you deserve to be in that spot because there's not that many camps until Concacaf qualifying. I think there's probably only going to be three to four more, maybe. You never know. I think we've got a really good group and that doesn't even include the 2002s and 2003s. You have guys like Gio [Reyna], [Gianluca] Busio, [George] Bello, and Kobe Hernandez who can do a really good job for our team. But I think we've got a really good talent pool. It should be just as good as the last one.”

Between the U-20 team and Colorado, Bassett will have plenty of opportunity to potentially impress suitors for the next step in his career. But in the meantime, he wants to earn silverware and continue to develop. It’s a long journey to get to where he wants to go in the top leagues of Europe but he also believes he made the correct first few steps in signing a homegrown deal with Colorado.

“I don't think I would be the player today if I didn't sign,” Basset said. “I got at least 1,000 minutes before I turned 18 and that helped me a ton developing. I even felt that in the camps recently. That I felt on the ball technically, just the speed of play that MLS plays at is a lot higher than the academy, obviously. I'm glad that I signed and I think right now I'm on the right path. I just have to keep getting minutes here and when the chance comes in Europe, I definitely have to take it and just continue to push for it.”