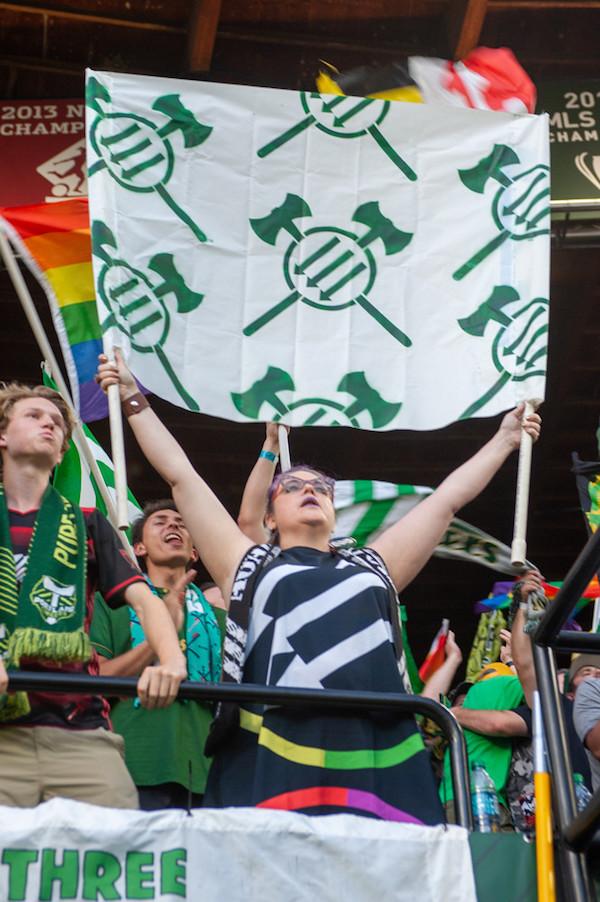 Major League Soccer executives and leaders of the Independent Supporters Council representing fan groups around the league and supporter groups for the Portland Timbers and Seattle Sounders agreed to continue talks on Tuesday after a meeting that lasted more than three hours on Thursday in Las Vegas.

The meet was called in an effort to resolve an ongoing dispute between the league and supporters groups. The focal point of the dispute has been the ban on the display of Iron Front flags or banners that has led to protests, ejections and more protests and walkouts across MLS, but it extends to the language of the league's new Fan Code of Conduct that bans "political" signs.

The supporters want MLS to work with international experts on human rights to craft language in the Fan Code of Conduct that reflects and supports radical inclusion and anti-discrimination.

"No final decisions.' The parties did not announce any resolution to the three issues at the heart of the protests, but they agreed to continue talks by conference call on Tuesday.

In a statement released by Seattle's Emerald City Supporters on behalf of Gorilla FC, another Seattle group, the Timbers Army and Independent Supporters Council, they said no final decisions have been made but they "look forward to continuing our conversation on Tuesday."

MLS president and deputy Commissioner Mark Abbott described the meeting as "productive" and thanked the supporters’ group leaders for taking part in "an honest and open conversation."

"The league," Abbott added, "reaffirmed its long-time commitment to the values of inclusion and diversity, including opposition to racism, fascism and homophobia and to ensuring that there is no place for repugnant hate speech in MLS stadiums."

-- A review of the Fan Code of Conduct by a cross-section of industry experts and national advocacy groups along with the leaders of its supporter groups to be completed prior to the start of the 2020 season;
-- An evaluation of the treatment of the Iron Front flag for the remainder of the 2019 season;
-- A broader evaluation of the Fan Code of Conduct.

The talks were held in Las Vegas, where MLS leaders were in town for Wednesday's Leagues Cup final.

Not in the meeting room were club executives who have been working with their supporters groups and had to enforce the league's policies. The dispute is sensitive as season-ticket holders in an undetermined number have decided not to renew over the enforcement of the ban. There are also fans on the other side who feel strongly that they don't want politics taking center stage at sporting events.

Weekend walkout. They followed Sunday's walkout by Sounders fans in the south end of CenturyLink Field, also known as The Brougham End, following the ejection of an ECS capo for continuing to display an Iron Front flag in the first half of the Sounders-Red Bulls match.

Portland's 107 Independent Supporters Trust have staged several protests, most notably a silent protest for the first 33 minutes of the Timbers' match against their archrival Sounders on Aug. 23. There have also been incidents in Atlanta and Minnesota.

The dispute centers around how MLS and supporters view the emblem of the Iron Front, an anti-Nazi paramilitary organization in Germany in the early 1930s. It features three arrows pointing downward.

Fans consider it an expression of anti-fascism and anti-racism. The league's position is the Iron Front emblem is political and therefore has banned it because it has been co-opted by Antifa, the collection of militant protest groups opposed to fascism and other extreme right-wing ideology.

A longtime Real Salt Lake fan was recently asked to take down a "Betsy Ross" flag (the American flag with 13 stars) he was displaying because he says he was told it went against the goal of encouraging a unifying and welcoming environment. (The Colonial flag has been adopted as a symbol for hate groups, prompting Nike to even remove shoes that featured the flag.)