A week after discovering that U.S. Soccer had not enabled them to apply before the deadline, U.S. youth clubs are hopeful that they may still receive funds from FIFA's Women’s World Cup Club Benefits Program.


After learning about the program last week with the publication of Soccer America's article, U.S. youth clubs left in dark about FIFA's Women's World Cup benefits program, several U.S. clubs, whose alums played at last summer's World Cup, retrieved the application from FIFA's web site and sent it to FIFA.

FIFA responded to the applications thanking the clubs for their submission and stating that U.S. Soccer would be informed on the status of the application.

"The process of identifying the clubs who can participate in the FIFA Women’s World Cup Club Benefits Program is currently ongoing. Payments should be made towards the end of the year at the earliest, as was the case last year after the men’s World Cup. U.S. Soccer, as one of the participating member associations, is obviously involved in this process. Further details will be communicated in due course." 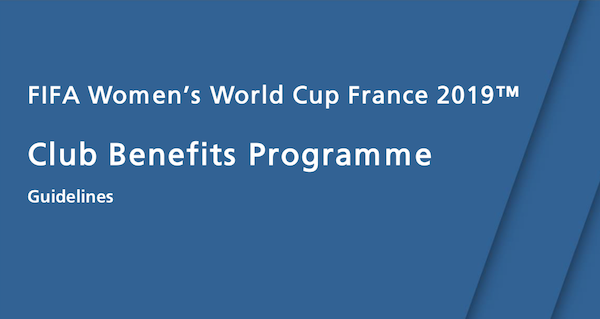 As Soccer America reported, U.S. Soccer returned the federation's application for the program to distribute $8.48 million to the clubs of 2019 Women's World Cup players without filling out the Player Club History Form for U.S. players' youth clubs.

U.S. youth clubs -- "training clubs" -- were to split 50-50 of about $20,000 with the U.S. players' NWSL clubs. U.S. Soccer did fill out the pro club portion of the application, but did not forward the application to the youth clubs. The deadline for clubs to submit an application for the funds was July 10, 2019. (NWSL and U.S. youth clubs were also eligible to receive "releasing" and "training" rewards for players on other World Cup teams who currently play in the NWSL or played their youth soccer in the United States.)

A U.S. Soccer spokesman told Soccer America that it was waiting to get clarification about the program and process from FIFA before pursuing compensation for the youth clubs. The passing of deadlines for Player Club History forms for both the Federation (June 1) and the clubs (July 10) made U.S. youth clubs believe they no longer had a chance to receive funds.