"Sunil, I just wanted to personally thank you. We had an amazing partnership. I really felt that the way we were able to communicate with each other was in a way that our national team could truly grow. Of course, I speak not just for the women's side but for the entire program. You are an architect and you have shaped this game in our country and you have built the foundational bricks that are strong and sturdy so that it can last and grow." 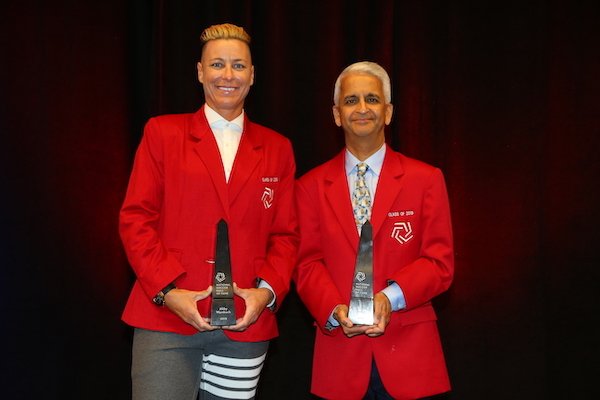 Sunil Gulati may be best known for serving as U.S. Soccer president from 2006 to 2018, spearheading the launch of the National Women's Soccer League (NWSL), serving as MLS Deputy Commissioner from 1995 to 1999, and helping bring men's and women's World Cups to the USA.

Born in India, Gulati moved to the USA at age 5 in 1964 and began playing soccer at age 7 in Storrs, Connecticut. In his teens, he started refereeing and coaching rec soccer. He demonstrated administrative acumen early on.

"When I was about 16, a friend of mine, Nick Mongillo, and I wanted to play on a competitive team, a traveling team, and go to State Cup and all of that," Gulati said. "There was no way to do that unless we organized a team. So we did. That included everything from getting fields, administration and registration."

It also included painting numbers on T-shirts to turn them into soccer uniforms.

Gulati played college ball at Bucknell, where he later served as assistant coach. And became select team program administrator for Connecticut at age 21. He also took charge of the state's ODP program. 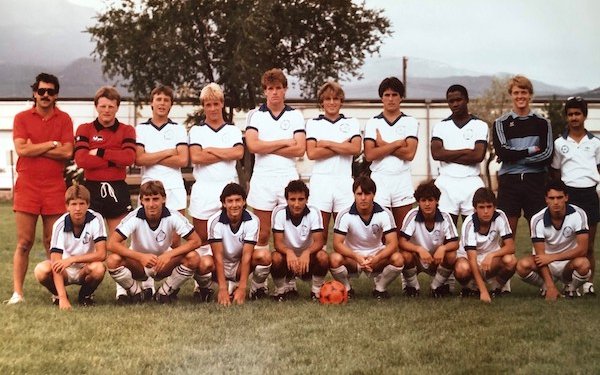 Sunil Gulati (back row, far right) with the Region 1 ODP team. Coach George Tarantini is in the back row, far left.

Gulati worked as administrative assistant at Kick Magazine for Paul Gardner, who introduced him to many of the nation's soccer leaders. At the 1986 World Cup in Mexico, Gulati worked as a statistician for NBC.

His work for U.S. Soccer, which until 1992 when he became the executive vice president of the 1994 World Cup organizing committee was as a volunteer, began when he organized a national team camp in 1985.

For that camp, he to had go to Kmart to buy soccer balls and when the players took the field, the sprinklers came on. Afterward, he told U.S. President Werner Fricker that his national team program was a mess. Fricker replied by telling Gulati to write a memo about it, “but not a 17-page memo.” Gulati, who was 25 years old at the time, recalled "I was kind of a wise ass in those days” -- and sent Fricker a 17-page memo detailing all issues, challenges and possible solutions. Fricker invited Gulati to do something about it, and that's when Gulati's long service to U.S. Soccer began.

Fricker appointed Gulati to the International Games Committee in 1986 while Gulati was still a graduate student at Columbia University.

"We didn't have any money," said Jan Osborne, the U.S. Soccer National Teams Administrator in the late 1980s. "He was a volunteer. He would start his day very early. Talking to France, or Italy, or whoever, in the wee hours of the morning before he'd go to his day job. What truly stood out was how hard he worked as a volunteer.

"He was my last phone call at night and he was my first phone call in morning. I was in Colorado Springs and he was in New York. He was trying to get games and work on the schedule for all the teams -- the men's national team, the 5-a-side, the U-20s, the U-17s, and the women's team."

It was during that period that the USA qualified for the 1988 Olympic Games in South Korea and returned to the World Cup for the first time in 40 years when it reached Italia '90. Gulati was also part of the small staff that succeeded bringing the 1994 World Cup to the USA, despite its lack of a professional league.

Im 1992, Gulati took a leave of absence from his World Bank job to assist USSF president and World Cup organizing committee head Alan Rothenberg. Two years later, Gulati was charged with acquiring the players for the MLS's inaugural 1996 season. Armed with $15 million -- an amount that a major European club would spend on one star -- Gulati stocked the entire league, including marquee players Marco Etcheverry, Carlos Valderrama, Jorge Campos and Roberto Donadoni. He also negotiated the return of U.S. 1994 World Cup stars from abroad. 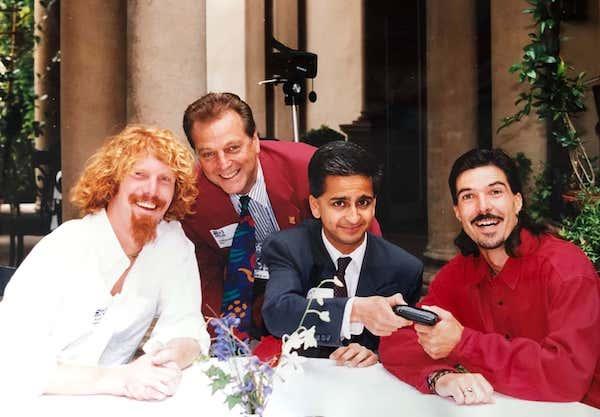 A decade and a half later, after two previous women's pro leagues had failed in the USA, Gulati recruited investors to launch NWSL teams and ensured it as a stage for the world's top players by having U.S. Soccer manage the league and paying the salaries of U.S. women's national team players.

"Sunil Gulati has his fingerprints all over that world championship," Anson Dorrance said after the USA won the 2019 Women's World Cup, citing the importance of the NWSL. And it was Gulati who had hired two-time World Cup-winning coach Jill Ellis.

"Sunil Gulati is single most important person in the development of soccer in this country,” said Rothenberg upon Gulati's Hall of Fame induction.

A career in soccer sparked by the desire to play on a U-16 team.