Craig Waibel, who helped rebuild Real Salt Lake and launch the Utah Royals, is out as general manager. The move to part ways and terminate the remainder of his contract comes less than two weeks after former head coach Mike Petke sued RSL.

In his complaint, Petke alleges "both Waibel and executive vice president of soccer operations Rob Zarkos told Petke that they were no longer going to put up with owner Dell Loy Hansen’s conduct and that they had a plan to exit RSL after the season." The complaint states that Waibel then said, “It’ll be at the end of the year, because I also don’t think Dell Loy should ever be rewarded for who he is.”

Petke, Waibel and Zarkos were meeting during Petke's club-ordered suspension without pay for homophobic remarks made at a Panamanian referee after RSL's Leagues Cup loss to Tigres this summer. The night before Petke was set to return to work after a two-week layoff, Hansen fired Petke. 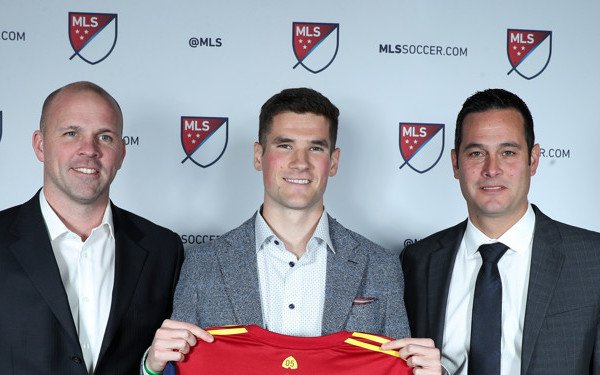 Waibel was named general manager in August 2015. RSL made the playoffs in 2016 and 2018, upsetting LAFC in the Knockout Round. It is currently sixth in the Western Conference, in position to return to the postseason.

RSL has had one of the most productive academies in MLS, sending eight players to the last two U.S. U-20 World Cup teams. It has also recruited well with such imports as Venezuelan Jefferson Savarino, Croatian Damir Kreilach, Slovakian Albert Rusnak and Brazilian Everton Luiz all holding down starting jobs.

"I would like to thank Dell Loy Hansen for the opportunities presented to me over the past six years. During this time, I have experienced an incredible amount of personal and professional growth and I am proud of the work we have accomplished. While I am stepping away to take some time to evaluate the next step in my career, I want to wish Dell Loy, the locker room, and most importantly, the fans nothing but the best in their pursuit of the 2019 MLS Cup."

“I appreciate Craig coming to Real Salt Lake for the 2014 season as part of the coaching staff. Craig oversaw the organization’s integration of the Real Monarchs, Utah Royals FC in the National Women’s Soccer League, and the relocation and expansion of the Real Salt Lake Academy, which now trains and plays at the Zions Bank Training Center in Herriman, Utah. Craig has been instrumental in the Club’s rapid growth and I wish him success in the future."