MLS: What's at stake on Sunday 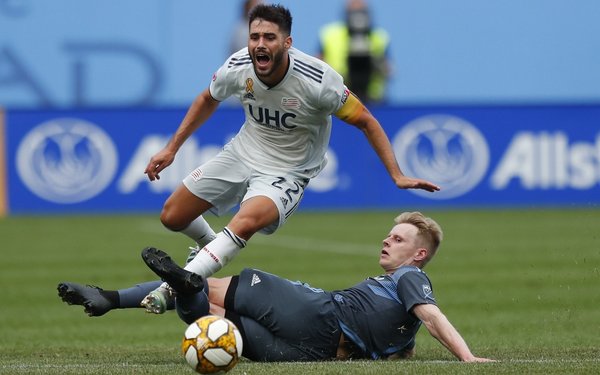 First place in the Eastern Conference and the four remaining playoff berths could be decided on Sunday.

NYCFC will clinch its first regular-season conference title and home-field advantage through the Eastern Conference playoffs -- as well as a berth in the 2020 Concacaf Champions League -- if it beats or ties New England in Foxboro or if Philadelphia doesn't win at Columbus.

-- New England is in position to clinch the final playoff berth in the Eastern Conference. The simplest path is to beat NYCFC. The Revs will also clinch with a tie if Chicago and Montreal don't win. They also advance if Chicago loses and Montreal and Orlando both lose or tie.

Only three points separate the four teams sitting in fifth through eighth place and vying for the three remaining playoff berths in the Western Conference along with long-shot Colorado.

In fifth place, Real Salt Lake is the only team that can clinch without help elsewhere. A win over Houston at home will make it impossible for both Portland and San Jose to pass RSL even if they both win on Sunday because they face each other in the final game of the season. (A tie will be enough for RSL to clinch in several scenarios.)

Both Portland and FC Dallas can clinch, but they need to win and for San Jose, loser of four straight games, to fall at home to Seattle. The Timbers will advance clinch if they win at Sporting KC and FC Dallas loses at Colorado.

Amazingly, the Rapids are still alive. But they need to beat FC Dallas and get help in the Portland and San Jose games to go into Matchday 34 with any chance of making the playoffs.