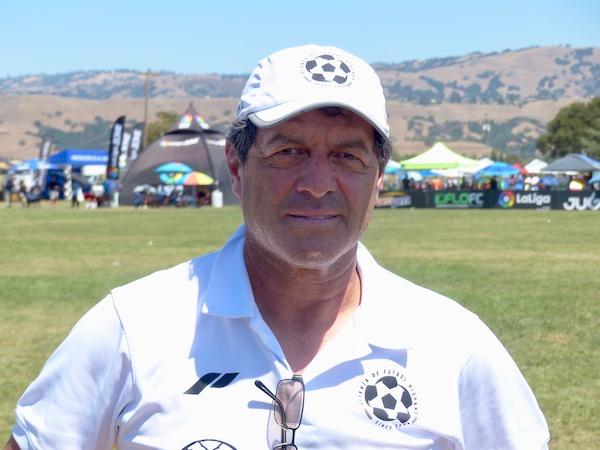 Perez, a U.S. National Hall of Famer who played for the USA at the 1984 Olympics and 1994 World Cup, coached U.S. U-14 and U-15 national teams that included Christian Pulisic, Jonathan Gonzalez, Weston McKennie and Tyler Adams. He also served as a U.S. Soccer Technical Advisor for California and the Northwest until he was let go in 2014.

"I'm doing this because I want the kids to have opportunities," Perez said. "It has nothing to do with me being upset with U.S. Soccer. In the end, the families are the ones who make the choice. I just want them to have more than one choice. If one national team doesn't want them, maybe the other one does. For me the most important thing is providing opportunities."

Perez immigrated to the USA from El Salvador at age 11, was eligible to play for either nation, and chose the USA, which he also helped qualify for the 1988 Olympics and 1990 World Cup. His move to the FMF, for which he will scout Mexican-American talent, comes as the Mexican national team is ramping up its recruitment north of the border. On the last weekend of September, the FMF held a youth national team camp in Southern California in conjunction with Sueno Alianza de Futbol Hispano National Showcase event. Perez coached the Alianza all-stars against Mexico.

In the mid-2000s, Edgar Castillo and Jose Francisco Torres ended up playing for the USA. In 2018, Gonzalez, a California teenager, made a permanent switch to Mexico after playing for the USA's youth national teams from U-14s to U-20s. The current generation includes the LA Galaxy-bred trio of Efrain Alvarez (who is playing for Mexico's U-17s), and U.S. 2019 U-20 World Cup players Uly Llanez and Alex Mendez. A player like Alvarez is still allowed by FIFA regulations to make a switch to the USA. By bringing Mexican-Americans into Mexican youth national team camps, they'll become aware that even if they play for the USA, they would still be eligible to make a one-time switch to Mexico, which will be tracking their progress.

Jorge Tello Hernandez, the Mexican national team program's head scout, says the potential of Alvarez, Llanez and Mendez motivates the FMF to continue making connections with Mexican-American talent. They also demonstrate the American clubs' improved development programs. So even though USA-bred players cannot officially join a Mexican club until the age of 18, because of FIFA's transfer of minors regulations, the FMF has faith in their progress while staying with U.S. clubs such as the Galaxy.

"Every year the gap between U.S. clubs' youth programs and Mexico's is closing," Hernandez said. "The structure is improving, the organization is improving, and most important is the mentality of the Mexican-American players."

"They have a better attitude, and more confidence," he said. "If you tell a Mexican-American player he's going to be the best player, he believes you. If you tell that to a Mexican player, they'll say 'Really?' It's a cultural difference and in the USA you have a winning mentality. It is not easy to find that confidence in a Mexican player. The Mexican-American players have the determination, which maybe we can find here [in the USA], bring to our group, and it spreads." 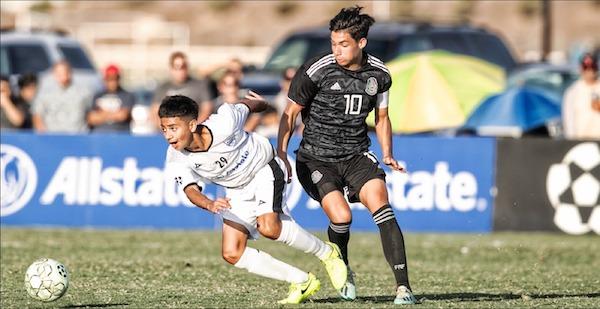 Miguel Avalos (No. 10) of Santa Rosa, California, was called up by Mexico's U-15s after being spotted at Sueno Alianza 2018. This year he was part of Mexico's squad that played against the Alianza Select team, which included Angel Iniguez (No. 29) of Daly City, California.

When Mexico beat the USA, 2-1, in the final of the 2019 Concacaf U-17 Championship that sent both teams to the 2019 U-17 World Cup that kicks off in October, Alvarez and El Paso, Texas, product Santiago Munoz (who moved to Santos after being discovered at 2017 Sueno Alianza) lined up for El Tri. Mexican-Americans in the U.S. lineup included FC Dallas' Ricardo Pepi, who had spent time with Mexico's U-16s in 2018. Another Texan, defender Nico Carrera, traveled to Japan with Mexico's U-17s last July, but afterward joined the U.S. U-17s, including for a 2-1 friendly win over Mexico in the Netherlands in early September. Carrera is poised to play for the USA at the 2019 U-17 World Cup.

"There's a lot of talent out there," Perez said. "It has to do with where you find them, what your contacts are, and how you're going to treat them."