David Zavala, a 16-year-old from Grand Rapids, Michigan, received 21 trial invitations from Liga MX, MLS and USL clubs, and the youth national team programs of Mexico and the USA after starring at the 2019 Allstate Sueno Alianza National Showcase in Los Angeles. Past Alianza MVPs include Californian Jonathan Gonzalez, whose 13 invites in 2013 included Monterrey, where his play led to full Mexican national team call-ups. 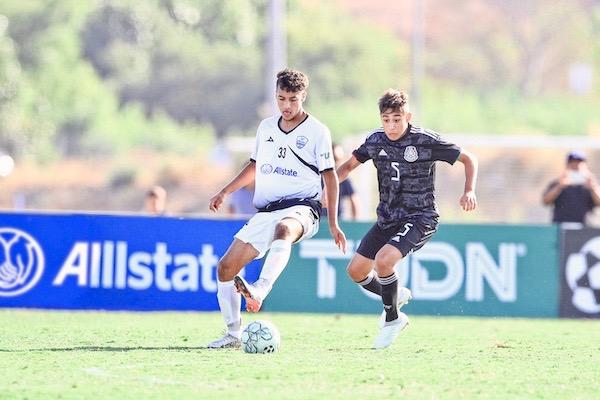 
“David is a smart and creative player," said Hugo Perez, who coached the Alianza select team and recently became a Mexican federation scout. "For his age, he is a very mature player with an amazing personality who has a great potential to become professional.”

Zavala, who has a GPA of 4.0, also received the Top Scholar Athlete Award from the ACCESS U Foundation.

The Sueno Alianza talent search, which was created in 2008 to expose young Latino talent to professional, national team and college scouts, this year had tryouts in 10 cities across the USA attended by more than 5,000 players. Fifty finalists were chosen for the National Showcase.