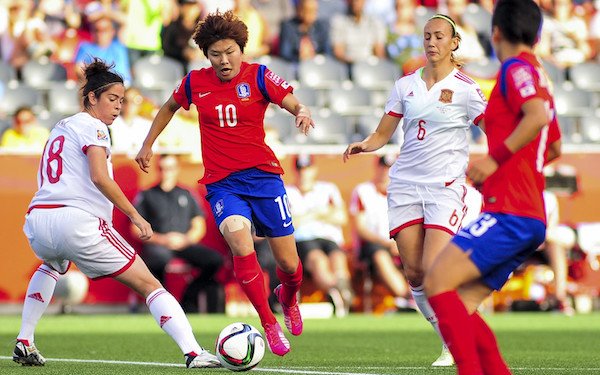 A lot of teams could take away positives from their participation in the 2019 Women's World Cup.

South Korea, which faces the USA Thursday and Sunday, wasn't among them.

The Taeguk Ladies' stay in France was short. They exited after three games, all defeats. It wasn't until the 78th minute of its third game that South Korea scored its only goal in a 2-1 loss to Norway. It followed defeats to host France (4-0) and Nigeria (2-0).

All in all, it was a step back for the South Koreans, who reached the round of 16 at the 2015 World Cup.

Problems have continued since the team returned home.

Yoon Deokyeo, who coached the team in France, was replaced by former national team coach Choi Incheul, but he quickly quit amid allegations that he physically and verbally assaulted players during his first stint in charge of the Taeguk Ladies in 2010-11 and as coach at powerhouse Hyundai Steel Red Angels.

Hwang Insun, who played for South Korea on its first trip to the Women's World Cup in 2003, is serving as interim coach for the two games against the USA.

The matches are the first since the Women's World Cup and will serve as tune-ups for the 2020 Olympic qualifying.

South Korea will host one of two four-team groups in Jeju in early February. The top two teams in each group will advance to the final round, two two-leg series to determine the Asian teams that will join host Japan in the Olympic tournament.

South Korea's star is Ji Soyun, who leads the team with 54 goals in 119 matches. She is still only 28 but has been named to the PFA Team of the Year in four of her five seasons at Chelsea.

Only two other players are based at foreign clubs, Lee Hyokyeong at Albirex Niigata Ladies in Japan and Cho So Hyun at West Ham United.