U.S. Soccer has taken steps to ensure that American youth clubs whose alum were part of the 2019 Women's World Cup will receive funds from FIFA's Women's World Cup Benefits Program. After recently asking 2019 U.S. World Cup players to submit a list of the youth clubs they played for, U.S. Soccer sent an email on Oct. 4 explaining the application procedure to all the youth clubs that may be eligible for the benefits. The clubs are to submit a Player History Form to FIFA by a deadline that has been extended to Oct. 15 from July 10. 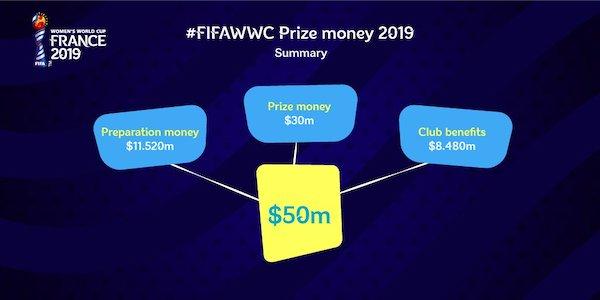 The issue became controversial because U.S. Soccer had initially not forwarded FIFA's benefits application to the clubs when instructed to do so by FIFA in May. To explain the delay U.S. Soccer, in the Oct. 4 email, wrote:

"The process of compiling this information took a great deal of time and effort because, as you may be aware, during the years in question, players did not register directly with U.S. Soccer, nor did U.S. Soccer receive contemporaneous records from our organization members to substantiate player registration."

The email to the clubs included an attachment with the application.

U.S. Soccer has informed the youth clubs that it submitted on Oct. 4 the youth club history portion of the Women's World Cup Benefits application that FIFA required from federations. U.S. Soccer had sent the application to FIFA before the June 1 deadline, but filled out only the pro "releasing" club history portion of the application -- but not the youth "training clubs" history. (It's the responsibility of other federations to send the playing history of their World Cup players to FIFA, including players who play in the NWSL or played on U.S. youth teams.)

In its Oct. 4 communication with the youth clubs, U.S. Soccer provided a link to the FIFA’s Club Benefits Program’s guidelines, and explained that:

"According to the program materials, the share to be paid to training clubs is $226.46 per player for each day that they spent at the World Cup. The United States won the World Cup, and in so doing, spent approximately 45 days at the World Cup (Release Date through final). For each player, then, it appears the total amount will be around $10,190.70. This amount would only be attainable for an individual club in the event that a player played every single year of their 10-year development period [age 12-22] for the same club -- which is not the case for any of our players. Your amount is likely to be a lesser share of this number. Please note the example above is our estimation, based on the program materials, for your planning purposes – the program is administered by FIFA, all amounts are determined by FIFA, and U.S. Soccer will not be responsible for determining the amount payable to any Club."

U.S. Soccer is also sending the alert and Benefits Program application by regular mail, and will follow up by phone in cases in which clubs haven't responded. Its communication to the youth clubs ends with:

"Finally, on behalf the Federation, I want to express our gratitude for the role your club played in our players’ development pathway that led to an unprecedented fourth star. Your club was a part of U.S. Soccer’s success this summer, and we hope that any funds you receive from this program will be invested directly in the development of the next generation of Women’s National Team players."