Bridging the gap between: 'I taught it' and 'They learned it'

“What happens in the gap between ‘I taught it’ and ‘they learned it’?” asked Doug Lemov  in a recent “Club Methodology and Coach Development Course” that we co-taught in Raleigh, North Carolina for North Carolina FC Youth. 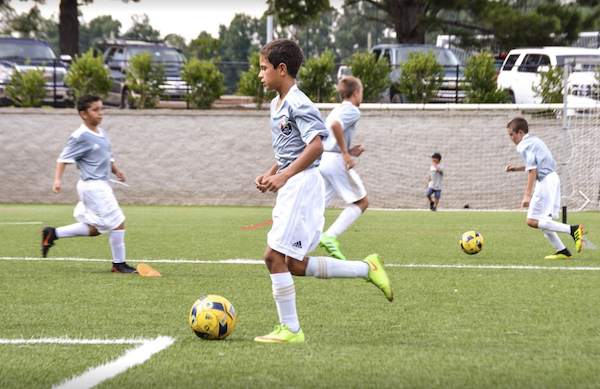 Understanding the cause of these two very different situations is critical to being a successful coach, and critical to the difference between “taught” and “learned” is a similar disconnect -- that between “knowing” and “doing.”

The “knowing vs. doing” contrast is most clear when considering a player’s ability to execute a technique. For example, a player may “know” what it takes bio-mechanically to bend the ball into the corner from 20 yards but at the same time be totally unable to “do” it. Often overlooked, however, is that the same concept of “knowing vs. doing” is just as relevant in decision-making. As a simple example, a centerback may “know” that when an attacking opponent is faced forward with the ball in midfield, without defensive pressure, and with vision of a teammate running across the defensive line, then the appropriate decision for the centerback is to drop back to defend the space behind. However, in the complexity and chaos of the game, the same centerback may fail to “do” this multiple times when these cues all appear as described, conceding multiple chances to score.

The gap between “taught” and “learned,” or “knowing” and “doing,” is an area of incredible challenge, frustration, and opportunity. Bridging that gap requires managing the emotions created when expectations don’t meet reality, considering the context in which learning and performance occur, and knowing the role of forgetting in the learning process.

When coaches feel that a concept has been trained but is not being executed, the response is often to blame the learner -- to assume the player is not focused, does not care, or has deliberately chosen to act contrary to expectations. While each of these things can theoretically be a problem that must be addressed, the reality is that in most environments players generally try to do what they are asked to do, make good decisions, and play well. In other words, they do not usually deliberately sabotage themselves, the session, the team, or the game.

Recognizing this fact is the first part in controlling the frustration and emotion that can be triggered in the gap between “taught” and “learned.” Considering what is happening in the player’s mind is the most important thing for a coach to do in these situations, and that process starts with asking what the player saw, what they were trying to do, and why they chose the action they did. The answers usually provide great insight – exposing areas for future teaching, previously undisclosed misunderstandings, or gaps in previous teaching.

Coaches work in two primary arenas: (i) training, where teaching and learning take center stage, and (ii) competition, where performance is the most important metric. Connecting these two arenas is the concept of transferability -- the degree to which what happens in training improves performance in the game. One of the biggest factors in successful or unsuccessful transfer from training to game is context, or in other words, how much training resembles the realities presented in the game.

The truth is, if desired, training can be designed to look almost “perfect” -- to allow a high rate of success and great control over the variables in the environment. The powerful and positive intention driving the thought to create very simplified or controlled activities is real: the more controlled, isolated, or closed an activity is -- the more variables that are eliminated or controlled -- the “better” the activity or session will look in terms of reduction of mistakes, instability, and messiness.

But the tradeoff in this Faustian bargain is that every step taken to reduce variables and context also reduces the degree to which whatever is being trained will actually impact performance in the game. In other words, when variables and context between training and game become too disconnected, the perception and behavior demanded in the session will be entirely inconsistent with the perception and behavior required in the game. When that occurs, unsurprisingly, players will be unprepared to solve the “trained” problem and there will be no improvement in game performance. 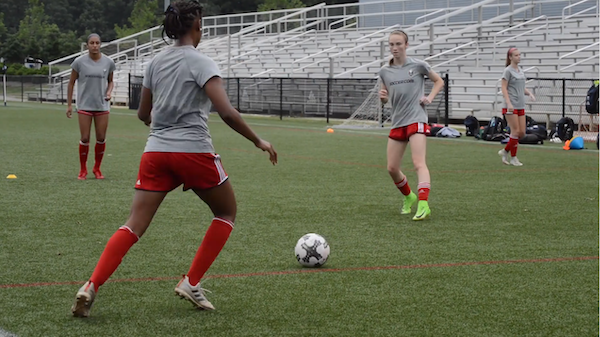 Effective training design requires a delicate balance between: (i) increasing the frequency in which the targeted situation or problem occurs, while (ii) ensuring the activity itself remains specific to the realities of the game.

Trainings designed with this balance allow development of one of the most important skills in sport -- the ability to attune to appropriate information in the environment, to ignore the “noise” and find the “signal.” In action, players need to be able to almost instantaneously recognize the information which is relevant to their decision while at the same time ignoring the millions of pieces of extraneous information coming at them from the environment. The only way to train this skill is to create sessions where players must sort through similar “noise” in training as they do in a game. Of course, coaches may design a session that makes it easier to find that information -- by reducing time or space constraints through manipulating total numbers, ratio of attack to defense, or size of the field -- but coaching must reduce complexity, not eliminate it.

The concept of the “forgetting curve” is a game-changer in understanding long-term development. As Doug Lemov put it best, when finishing Monday’s training session feeling like the players have nailed the targeted concept, be prepared for the players to have forgotten more than 50% of these ideas by Saturday’s game if it is the first time they have heard them.

The forgetting curve recognizes that we are constantly in a state of learning, forgetting, and remembering -- we don’t learn something once and permanently remember it. The positive news in this, however, is that each time we go back to “remember” a topic, the rate of our “forgetting” slows and we retain more of the information for a longer period of time.

Applying the forgetting curve to coaching means that there needs to be a constant balance of teaching “new” information and re-teaching “old” information (and perhaps advancing complexity). For true learning and real skill transfer to occur, topics must be planned out over multiple weeks, or if that is unrealistic or impractical, there needs to be a recognition that what was trained in week 1 needs to be re-visited, at least partially, in week 2 and perhaps again in week 4, to insure it remains top of mind.

Closing the gap between “I taught it” and “they learned it” is where great coaches distinguish themselves in youth development.

(Christian Lavers, whom you can follow on Twitter at @clavers1, is the President of the Elite Clubs National League [ECNL]. He is also the Technical Director of FC Wisconsin. He coached in the NWSL for several years and presents on various coaching education topics regularly.)

youth
9 comments about "Bridging the gap between: 'I taught it' and 'They learned it'".
Read more comments >
Next story loading