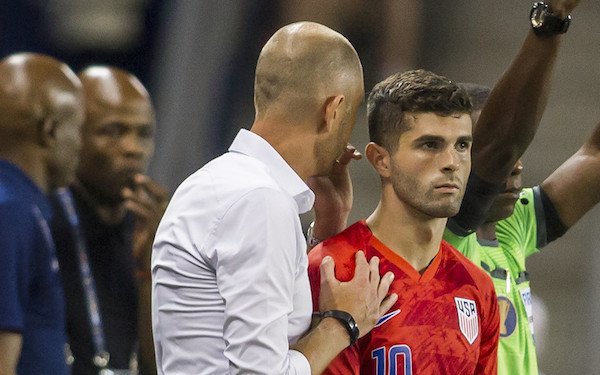 Like for Christian Pulisic, England -- London, specifically -- was the second stop for Gregg Berhalter in his international career.

But the comparisons end there.

Berhalter played at three small Dutch clubs before he moved without much fanfare to Crystal Palace of the second-tier Football League First Division in 2001.

Pulisic moved this summer from Borussia Dortmund, the second most powerful club in Germany, to Chelsea, one of the richest clubs in the world, for a transfer fee of $73 million.

“I haven’t faced anything close to what he’s facing,” Berhalter said at the USA's training camp on Monday. “He’s at Chelsea, one of the biggest clubs in the world, and there’s a different level of pressure on him."

That pressure has come with intense media scrutiny on Pulisic -- and his manager, Frank Lampard -- as he rode the Chelsea bench, not playing a minute of Premier League action in September.

Berhalter said it's natural that there's an adjustment period.

Patience is necessary, though easier said than done.

“It is something you just need to get used to, and it takes time,” Berhalter said. “I think all of us, we want to rush things sometimes, myself included, but this is a case where he’s quality and his time will come.”

Berhalter expressed confidence in Pulisic's role on the national team and at Chelsea.

“We want Christian playing a big part of what we do," he said. "He’s a player that we believe in, and we’re patient. We know things take time, and we know sometimes adapting to different leagues takes time as well. So we’re patient with his process. If he has a good process in place, which we believe he does, we think his quality will come through.”