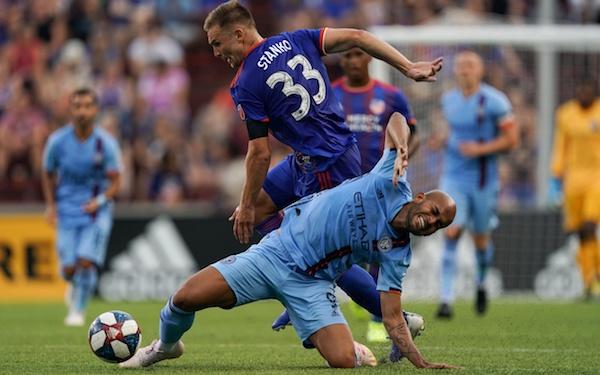 After finishing last in its first MLS season, FC Cincinnati moved quickly to make decisions on players from its 2019 roster.

It will move into the offseason with 22 players under contract for 2020 and two players -- Emmanuel Ledesma and Jimmy McLaughlin -- whom it continues to negotiate with.

The club declined options on only three players: Roland Lamah, Corben Bone and Justin Hoyte. In addition, Victor Ulloa and Nazmi Albadawi are out of contract.

“It is never easy to make decisions that affect your players personally at the end of the season,” GM Gerard Nijkamp said. “We had to take an evaluative approach after this season and really look hard at who we believe will fit into our system going forward. There were some very tough decisions to be made, but ultimately our goal is put an improved product on the field in 2020."

The players still under contract will begin offseason work next week.