As I initially sat at my keyboard, entitlement was the theme I thought fit. According to the Oxford Dictionary: Entitlement is the belief that one is inherently deserving of privileges or special treatment.

Then a discussion with a teaching colleague brought the term “operant conditioning” into the discussion; a method of learning through rewards and punishments for behavior. Through operant conditioning an individual makes an association a between particular behavior and consequences. (Sinner. 1938)

I accepted a dinner invitation recently to the home of a coaching colleague, who coaches his own son on a youth team. The young player is 8, plays for my friend on a U-10 academy team. The 8-year-old player is by far the best player on the team. I coach a group of high school age young men and we often have open field sessions where anyone can just get together and play. This 8-year-old youth player hangs around our team and is often allowed to mix it up with the older players.

What our little youth player doesn’t understand is that the older boys respect the game, they love the game, and they are in a character-based program. The older boys allow the youth player to enjoy himself, score goals against the big boys, and celebrate his little victories. The older players have been conditioned, instructed, coached, to model positive behaviors and attitudes.

During dinner, my friend asked me, with the 8-year-old present, “Hey Coach, this little guy doesn’t think he has to go very hard in practice ever since he played with the big boys. He walks during drills and he isn’t giving his best effort. What do you think we should do?”

So I asked the “little man,” “What’s up? Why aren’t you working hard?” In a typical 8-year-old fashion, he told me the team goofs around too much and they don’t try very hard, and his teammates aren’t as good as he is. So I told him, he had to be the example, if they don’t listen to him he had to show them what working hard looked like. I added that while he was a very good player now, if he doesn’t keep working he will fall behind as he gets older. I explained what leadership was and how he could develop his leadership skills with his current team. His dad, at the end of the table, gave me that thank you nod. Everything I said had been said between father and son, but sometimes another voice is what a player needs.

So what advice do I have for the “coach” in this scenario? Too often coaches are fortunate to have that “gifted” player end up on their roster. The player is young, but developmentally ahead of their peers. The young player receives a lot of praise for their performances and soon they fall into the trap of not working as hard because their peers are not at their level. Maybe the coach starts to cut them some slack, the coach allows them to skip a drill or some conditioning thinking they are rewarding the athlete, but they are actually teaching them that as long as they “perform” they will be treated differently. Instead of pushing the player to better decision-making, improving their skill level, or expanding their tactical knowledge, the player is allowed to coast as their teammates try and catch up. 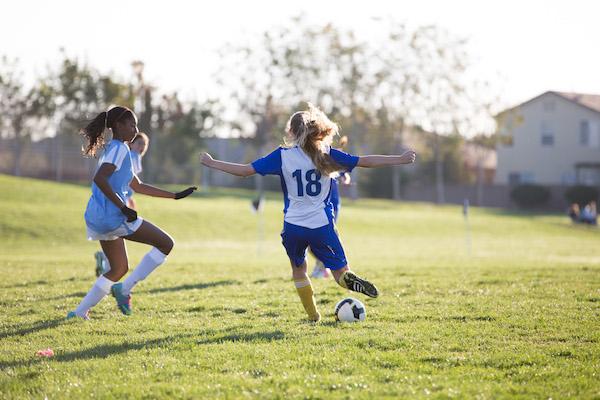 The “gifted” player begins to get treated differently. When they are taken out of the contest, they pout or make negative comments about the player replacing them. It is a very coachable moment that is often neglected, because the coach has more urgent things to concern themselves with. If the player stays with the same club, coaches are aware of the talent and drool with anticipation for the player to be placed on their roster. The club attitude may become, “What can we do to make you happy?” This may permeate to the parents and the behavior is reinforced, not only within the club or team, but quite possibly at home as well.

The key is to set standards within your team and hold players accountable. When the perceived best player is held accountable for behavior, lack of effort, or lackluster effort, the entire squad is aware of the consequences. Not only do the other players fall in line, the “elite” player realizes that he or she is just another member of the team. The efforts they produce are appreciated but when they make a mistake they are held accountable just like everyone else.

As coaches, we need to demand more out of the athlete who has matured ahead of his/her peers. We need to challenge them to improve in other areas like leadership, respect of teammates, and becoming more aware of what is happening around them during the game. Our youth are not only becoming better athletes with the guidance of a good coach, they are becoming better human beings, better students, and better community citizens.

My friend will put this article away for his young son to read after he excels at the high school level and as he his heading off to play college soccer. There is no doubt in my mind that he can be one of the best team players as he develops between now and then. I am confident his coach will challenge his son, and the team to continue to develop as complete soccer players.

Like you, I am tired of reading stories about elite athletes and the lengths teams and coaches go to gloss over their transgressions of poor practices or game behavior. As coaches and parents, we need to reintroduce character values, like respect, discipline, and integrity.

A quote I just recently read: “Sport is just a chance to practice life before we live it.”

We can make a difference!

(Greg Winkler is head coach Charlotte High School, Tarpon Boys Soccer in Punta Gorda, Florida, and the author of "Coaching a Season of Significance." Coach Winkler has been coaching youth and high school boys and girls since 1989 and is a United Soccer Coaches High School Advocacy Chair.)