MLS Newcomer of the Year: Revs' Carles Gil beats out Heber and Pozuelo 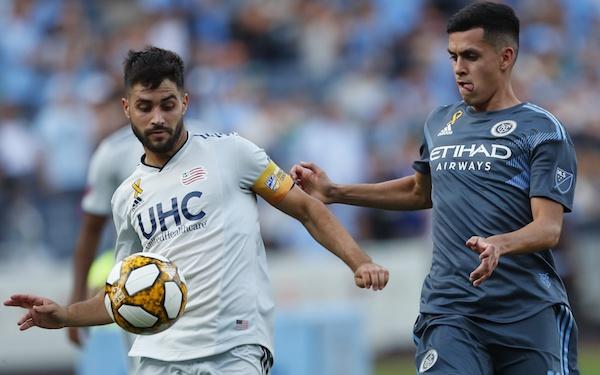 The 26-year-old Gil  was a big reason for New England's turnaround after a coaching change in May. It advanced to the playoffs for the first time since 2015.

The Newcomer of the Year  honor has been given annually since 2007 to the best player with previous professional experience.

Gil was voted the Revolution MVP by fans and named the Players’ Player of the Year by his teammates. He also was named the Midnight Riders’ Man of the Year after finishing with team-highs of 10 goals and 14 assists.

Gil was signed in February 2019 via a then-club-record transfer from Deportivo de La Coruña and was added to the Revs' roster as a Designated Player. He started all 34 games of the regular season, playing all but eight minutes.

On Saturday, the Revs face Atlanta United in the Eastern Conference quarterfinals.