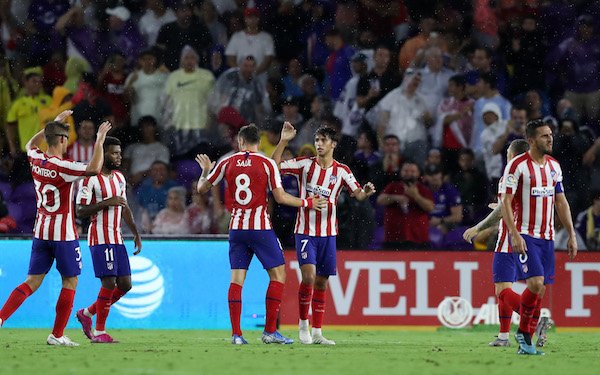 Rebuffed last season in its bid to play a league match -- the Girona-Barcelona Catalan derby -- in Miami, LaLiga has submitted a formal request to the Spanish federation to play the Villarreal-Atletico Madrid match on Dec. 6 at the Hard Rock Stadium in Miami.

"It would disrupt the competition," he said. "To play a game in Miami, LaLiga needs permission from five bodies that it doesn't have."

Objections from the Spanish federation and Spanish players' union forced LaLiga to drop plans for the Girona-Barcelona match.

At the 2018 October FIFA Council meeting, FIFA president Gianni Infantino said he opposed the plans to play official league games in another country.

Both Villarreal and Atletico Madrid have had a presence in the United States. Villarreal operates small academies in various markets, while Atletico participated in the 2019 MLS All-Star Game in Orlando.

The sanctioning of foreign league matches is the subject of an antitrust lawsuit filed by Relevent Sports Group, LaLiga's U.S. partner, against U.S. Soccer in September.

The issue came to a head when Relevent tried to organize an Ecuadoran league match -- Barcelona SC vs. Guayaquil City FC -- on May 5 at Hard Rock Stadium. When sanctioning was not forthcoming from U.S. Soccer, Relevent sued in New York state court to compel the federation to sanction the game.