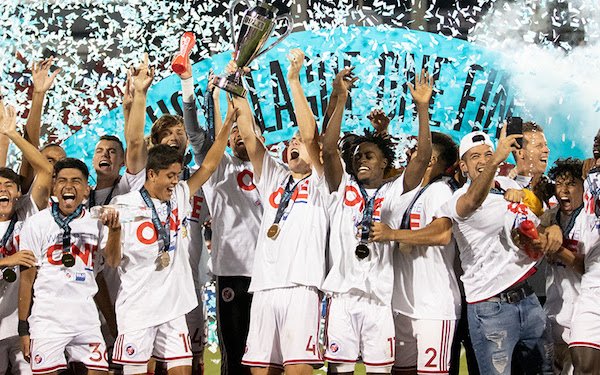 North Texas SC won the inaugural USL League One title with a 1-0 victory over Greenville Triumph SC on a goal by Arturo Rodriguez.

Rodriguez, 20, has been nominated for both the League One MVP and Young Player of the Year awards.

Kyle Zobeck made seven saves, including including late stops on Omar Mohamed and Joshua Donnelly.

North Texas SC, the FC Dallas second team, had to make four changes from the team that beat Forward Madison FC, 2-0, in the semifinals.

Ricardo Pepi, who scored both goals, is with the USA, which is preparing for the Under-17 World Cup in Brazil. Edwin Cerrillo came on as a late sub for FC Dallas in its 4-3 overtime loss to Seattle in Round One of the MLS playoffs. John Nelson and Jim Maurer also on the bench for the playoff game.

The average age of the NTSC field players was under 20. The replacements included Jonathan Gomez, who just turned 16.

"I believe they will play in more of these," he said, "hopefully in an FC Dallas jersey."