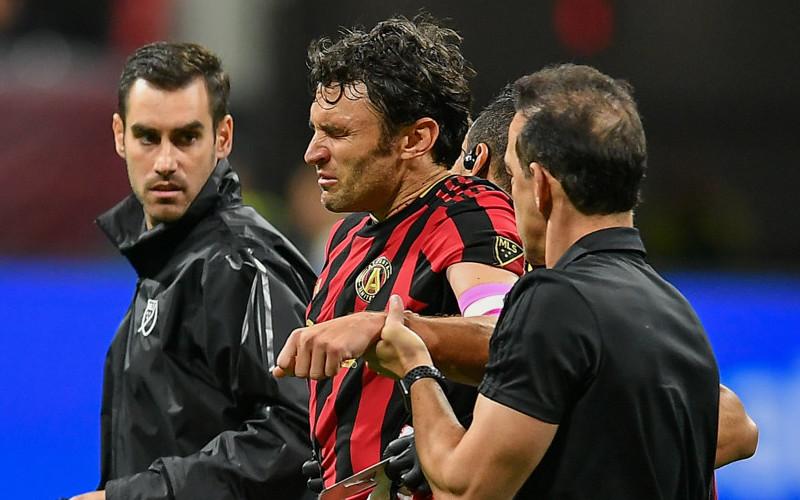 Retiring Atlanta United captain Michael Parkhurst, one of the heroes of the 1-0 win over the New England Revolution in the MLS playoffs, suffered a dislocated shoulder in stoppage time and could miss the rest of the playoffs.

Parkhurst was starting in place of Miles Robinson, who was injured on national team duty, and collided with Revs winger Cristian Penilla.

“The shoulder popped out and dislocated," said Atlanta United coach Frank de Boer, "but the worst thing is it wouldn’t go back in. So he was still in the locker room with his shoulder out, and he had a lot of pain. He went in the ambulance with his shoulder still out, so you can imagine how painful that is.”

Parkhurst had an excellent game in the middle of the backline alongside Leandro Gonzalez Pirez and Franco Escobar. His likely replacement will be Florentin Pogba, who had entered the game as a sub in midfield and triggered the play that led to the winning goal by Escobar.

Pogba will likely start on Thursday when Atlanta United hosts the winner of the Philadelphia-New York Red Bulls match.