Where does MLS go from here with expansion? 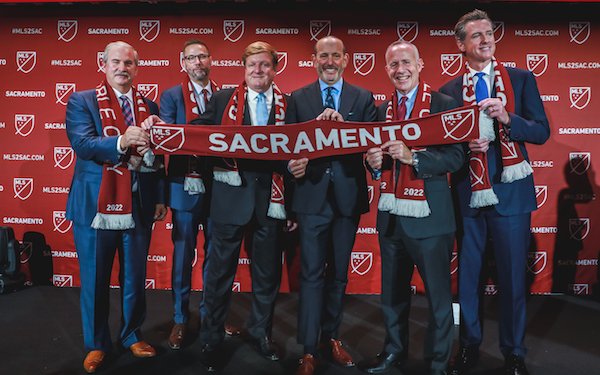 Seven years after Warren Smith, one of the founders of the USL PRO team that became Sacramento Republic FC, said at the club's unveiling that its job was to prove Sacramento could support an MLS team, Sacramento was named MLS's 29th team.

Long ago, Sacramento showed it could support a team, selling out since its first season in USL PRO in 2014.

An expansion effort in Sacramento quickly picked up speed, and a site for a stadium in the city's Railyards area was identified.

Sacramento became a favorite to be designated as an MLS expansion team by 2015, but by 2017 what MLS was demanding in terms of an entrance fee and what other teams, like Atlanta United, were spending right out of the gate pushed Sacramento down the list of expansion possibilities.

That wait might turn out be a blessing in disguise as Sacramento has put all the pieces in place to get going on its stadium.

"One of the beauties of the day, among many, is the stadium project already has its planning entitlements," said Sacramento mayor Darrell Steinberg on Tuesday. "There is no holdup. The work begins."

The irony is Sacramento is further along than some of the teams that were selected ahead of it.

Six years after its launch, New York City FC, the 20th team, still has not identified a site for a stadium of its own -- which is proving to be a very thorny issue. It is the top seed in the Eastern Conference, but presents MLS all kinds of hosting challenges if it advances to MLS Cup as the highest remaining seed.

(The Yankees are out of the baseball playoffs, but an Ivy League football game -- Dartmouth vs. Princeton -- is scheduled to be played at Yankee Stadium on Nov. 9, the day before MLS Cup.)

Nashville claimed the 24th spot Sacramento once coveted, but almost two years after its selection and four months before its launch, there is still no target start date to get its Fairgrounds stadium project underway.

More than five years after MLS announced that it would award a franchise in Miami to David Beckham, Inter Miami's plans to redevelop the city-owned Melreese golf course into Miami Freedom Park remain a hot potato in the deeply divided world of Miami's politics.

Where does MLS go with expansion now?

On Monday, Garber was adamant that it was time to put the brakes on expansion.

"I think there will be a time when MLS is larger than 30 teams," he said after the announcement. "I don't see that happening any time soon. We are adding a lot of teams. We've had a very systematic approach to expansion. We never wanted to expand too fast. We still think of the dark cloud of the NASL expanding too quickly and not wanting to get ourselves in a situation where we're not thinking about things very strategically." 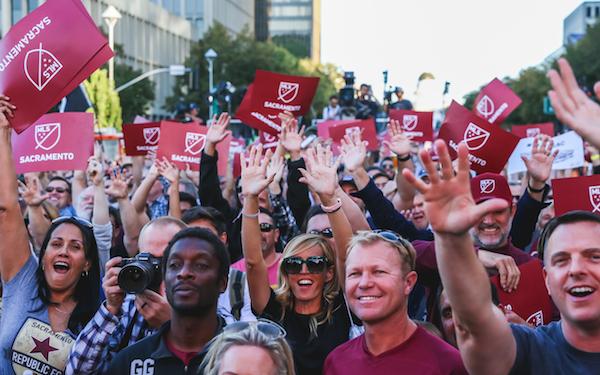 MLS almost collapsed after the 2001 season, but it never expanded like the original NASL, which added eight new teams in 1974 and six in 1978 but collapsed in 1984.

Soccer has much deeper roots, owners are much more sophisticated in how they view their investment in the sport, and soccer-specific stadiums have given MLS an anchor the NASL never had.

That should not suggest that everything is perfect. Far from it, lots of work needs to be done in major markets like New York, Chicago, Boston, Dallas and Houston, let alone smaller ones, to give MLS pause to push expansion.

One of the drivers of expansion was to expand the league's national footprint for television. That footprint has grown, but MLS's television ratings remain modest.

The 2026 World Cup is around the corner, and MLS must get its ducks in order if it wants to take advantage of the expanded tournament being played in North America.

"All our focus on expansion has been about strategic growth," said Garber. "How do you get to the cities that have a history with the sport or passion for the game and an opportunity to help us grow a national fan base as we get ready for a new media deal? And how you do you get it done in time to capture that energy before the 2026 World Cup?"

Garber said expansion isn't an end in itself.

"We have to get everything on board to be successful," he said. "Expansion doesn't guarantee success. It puts you in a position for success. You still got to execute. You got to get the right owner in the right market, the right stadium in the right location."

Garber acknowledged that MLS is "starting to feel the pressures of a very difficult schedule."

There's the Concacaf Champions League at the beginning of the season and the new League Cup in partnership with Liga MX in the summer. Garber said there is a "re-prioritization" of the Open Cup. (Expansion will inevitably force MLS teams to enter the U.S. Open Cup a round earlier.)

Playing through FIFA windows gets harder as more national team-caliber players are signed. On top of all that, Garber said, "Travel is becoming a challenge."

All these scheduling issues will be compounded if MLS plays with 27 teams in 2021 when it adds Austin and 29 in 2022 when St. Louis and Sacramento enter the league. An odd number of teams forces at least one team to have a bye every weekend.

The solution would be to get MLS's immediate expansion plans out of the way and select the 30th team to begin in 2021.

"It's certainly would be beneficial to our schedule and competitive format if we can bring a [second] team in 2021," Garber said. "We shouldn't and won't in any way expand just to solve that issue. If we were to do something along those lines, it would only be if we had the perfect dynamic and scenario for our 30th club."

Does he not currently see a perfect situation for a 30th team? "I don't want to comment on that," Garber said.

Garber said the complications around expansion are driven more by raised expectations than almost anything else.

"Years ago in professional sports, your newest teams were not in a position to be as competitive," he said. "That's just the nature of the way expansion drafts were. We have to be very mindful of how we think about our competitive structure or competitive rules. What is the future of the Designate Player rule and TAM and some of the other things that are going to be part of our new CBA negotiation? I am still committed to the idea that we want any team in any market regardless of their size or the wealth of their owner to be competitive."

Garber pointed to Minnesota United and Philadelphia Union hosting in Round One of the MLS playoffs.

"I was at the [Union] game yesterday," he said, "and I'd say it was one of the best environments I was in in a really long time. Simply because we have a system to allow both teams to be competitive."

Garber said a lot goes into delivering a competitive product to fans.

"The raised expectations and needs are driven by the momentum the league is riding right now," he said, "the increased expectations and needs of fans. At the same time, our soccer facility environment has grown dramatically. The cost of construction in America is going up, the realization that we need to be in the urban core in almost every scenario regardless of stadium size raises the cost of land. And you're now having teams compete against each other in the environment they are providing their fans in their new facilities and deliver on the rituals and fan experiences that just cost money."

In that regard, Garber likes what has happened in Sacramento.

expansion, mls
14 comments about "Where does MLS go from here with expansion?".
Read more comments >
Next story loading