NWSL brings in Octagon to devise media and marketing strategy 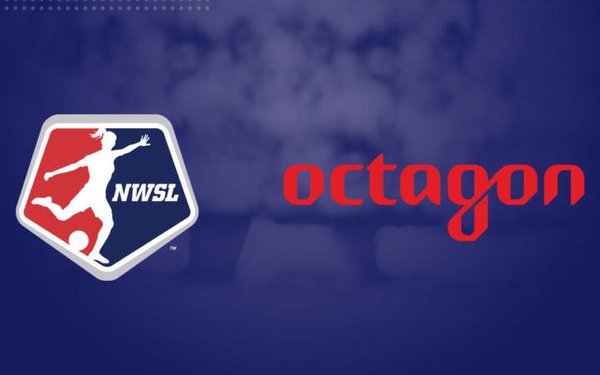 The NWSL has hired Octagon as part of a multi-tier consulting partnership to advise the league on its media rights, sponsorship and marketing.

In its seventh season, the nine-team league is at a crossroads.

But in late February the NWSL announced that A+E and it agreed to end their partnership after only two years. The deal was more than a just TV deal -- a Game of the Week on Lifetime.

It gave A+E a  25 percent stake in the league and two seats on the league's board. NWSL owners bought back that stake, and the league took back control of its digital operations and commercial business from A+E.

The league signed a short-term deal with ESPN to air matches after the Women's World Cup, but the A+E breakup left the league severely understaffed.

The NWSL is also in the final year of its management agreement with U.S. Soccer to operate the league.

Octagon is one of the largest sports agencies in the world with extensive background in women's sports. Its roots are in tennis in the early 1970s. Its Global Media Rights Consulting and Marketing divisions will work with the NWSL.

The most important task will be to help the NWSL secure a long-term deal with a media partner.

ESPN, which will air Sunday's final between the North Carolina Courage and Chicago Red Stars, will be the most likely partner.

ESPN+, ESPN's over-the-top streaming service, has become the home for dozens of soccer games each week. It was not part of the 2019 deal to air 14 games on linear networks such as ESPN2 and ESPNews.

ESPN+ will provide consistency and ease of viewing not previously available, but the key will be getting coverage on linear networks, preferably ESPN, which has much higher ratings.

ESPN is owned by Disney, which is launching its own streaming service, Disney+. Programming opportunities on Disney+ would be attractive to sponsors interested in associating with the NWSL and its players.

The league added Budweiser as a sponsor at the end of the World Cup but has otherwise struggled to secure commercial deals. The individual star power of the likes of Alex Morgan and Megan Rapinoe has cast a shadow over the league.

“The NWSL is the best women’s soccer league in the world," said Daniel Cohen, Octagon's senior vice president for its Global Media Rights Consulting division, in a statement. "The league delivers the biggest stars from the U.S. and around the globe, at the peak of their careers, and as such deserves its place amongst the world’s most prominent sports leagues that are broadcast today."