“Everything that goes on in a match, except shooting, you can do in a rondo. The competitive aspect, fighting to make space, what to do when in possession and what to do when you haven’t got the ball, how to play ‘one touch’ soccer, how to counteract the tight marking and how to win the ball back.” 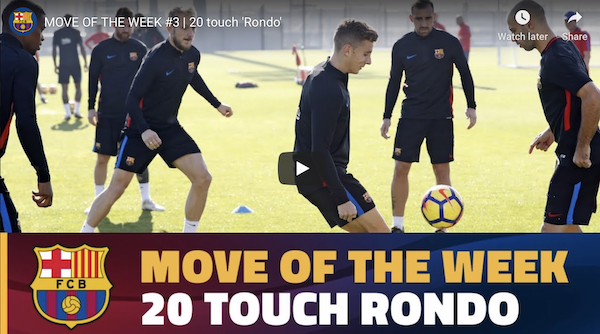 Rondos differ from other possession games in that the rondo is a game where the players occupy a preset space as opposed to a more random space. Positional games are games where players occupy spaces similar to those in the regular game e.g., outside back, center back, center midfield etc. …

COGNITIVE. In rondos, the player is constantly perceiving and making decisions with respect to his teammates, opponents, position of the ball, etc. … For this reason the capacity to make the correct decisions and the speed of play are improved.

TECHNICAL COORDINATION. Due to the way that the rondo is set up, it is necessary to have control of the physical movements and technical skills with respect to time and space, the game, the ball and opponents. 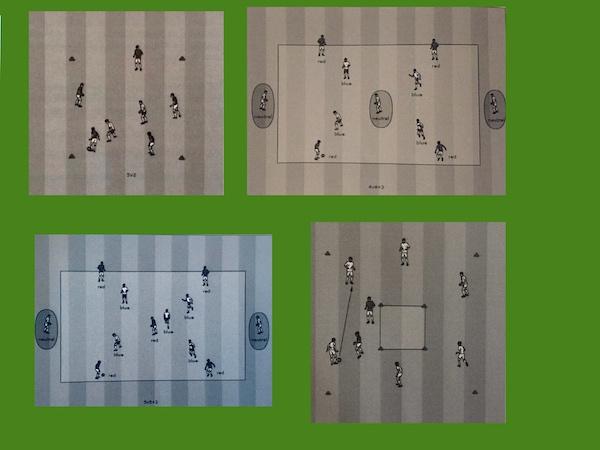 TEAM BUILDING. (mini-societies) With the type of work done in rondos, the understanding between teammates is improved, and the sense of “team” is also built.

CREATIVITY AND EXPRESSION. The nature of the rondo, with its limited time and space, forces the players to use various technical and tactical abilities in order to solve constantly changing problems within the game. This helps develop creativity.

COMPETITIVENESS. In the development of the rondo, the player’s competitive nature is improved. Players have to fight to make space, learn how to counteract marking and how to win the ball back. Nobody wants to be the one making the mistake which leads to time in the middle.

PHYSICAL CONDITIONING. With rondos a team may work anaerobic resistance by varying the space, time and number of players involved.

(Stan Baker is a licensed coach with ATFA -- Asociacion de Tecnicos del Futbol Argentino, educator and author. This was excerpted from “Our Competition is the World: Ideas for implementing the United States Soccer Curriculum.” By Stan Baker 378 pages, 2012. Lulu Publishing. $22.99. It previously appeared in the Youth Soccer Insider in 2017. Baker is also an ambassador for technicafootball.com and represents http://www.futbollab.com).