Expansion: NWSL will move into Louisville in 2021 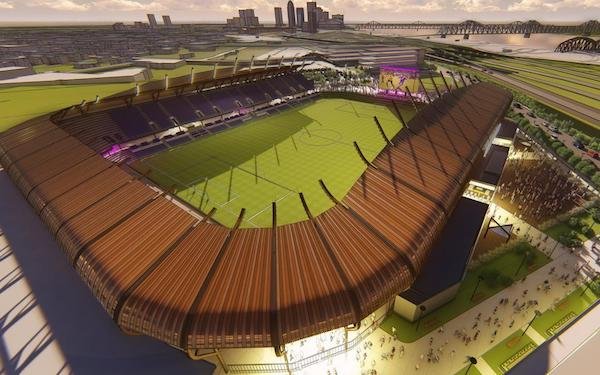 The National Women’s Soccer League is poised to expand the number of teams in the league for the first time since 2016 with the addition of Louisville in 2021.

The league announced Tuesday that John Neace and Soccer Holdings LLC -- the owners of the USL Championship's Louisville City -- will operate the team. It will play at the 14,000-seat Lynn Family Stadium that Louisville City is building in the Butchertown neighborhood and will open in 2020.

Louisville will give the NWSL at least 10 teams. Two other teams might join the league in 2020 or 2021. It dropped down to nine teams in 2018 when Boston folded months before the start of the season.

Louisville is the second NWSL team that will be owned by a group with a team in the USL Championship. North Carolina FC owner Steve Malik launched the North Carolina Courage in 2017 after purchasing the Western New York Flash.

The other three new teams in the NWSL's seven-year history have been operated by MLS teams: Houston in 2014, Orlando in 2016 and Utah in 2018.

The five other teams in the NWSL are original members: Chicago, Portland, Reign FC, Sky Blue FC and Washington. All but the Portland Thorns, operated by the owners of the MLS Portland Timbers, are independent teams.

Louisville is something of a surprise as an expansion city. It is only the 45th largest market in the country. The last of four U.S. women's international matches was played in Louisville in 2004.

But NWSL president Amanda Duffy spent two years at Louisville City, serving as the club's president, before moving to the women's league in January 2017 as managing director of operations.

“We are very excited to welcome John Neace and Louisville City FC into the NWSL,” Duffy said in a statement. “With the club’s growing, passionate fanbase, coupled with its strong ownership group, and its significant investment in a soccer specific stadium in a downtown location, we are thrilled to bring the highest level of women’s professional soccer to the area.”

nwsl
2 comments about "Expansion: NWSL will move into Louisville in 2021".
Read more comments >
Next story loading