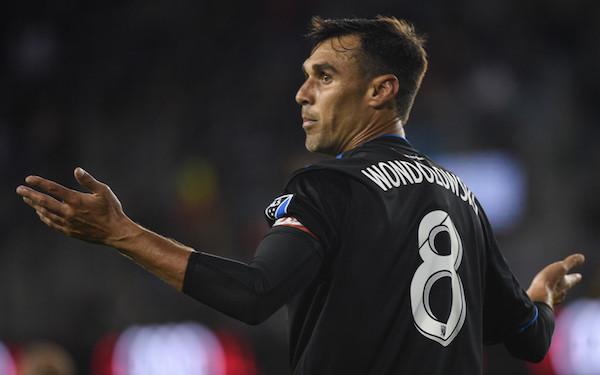 Wondolowski, who scored 15 goals in 2019 to give him an MLS-record 159 career goals, made $800,000 in guaranteed compensation, according to the MLS Players Association, making him a Designated Player in 2019.

He said on Tuesday he will no longer be a Designated Player, nor will Targeted Allocation Money be used to buy down his contract to the 2020 maximum budget charge -- to the determined in the new collective bargaining agreement. (The 2019 maximum was $530,000.)

“This club means so much to myself and my family,” Wondolowski said in a media conference call. “I’m honored to finish it here. I appreciate the club taking the chance on me.”

Off his 159 career goals, 155 have come in his 10 seasons with the Quakes. The next leading San Jose scorer in the last decade: Vako with 23.

He was selected by San Jose in the fourth round of the 2005 Supplemental Draft -- 89th out of 96 players selected -- but played all of five minutes before they moved to Houston. He scored just four goals in four seasons with the Dynamo before his career took off in 2009 when he returned to San Jose.

Wondo scored 18, 16 and 27 goals in his first three seasons, helping the Quakes win the Supporters' Shield in 2012.