The chief official asks for a review. The scoreboard announces that fact to the crowd. 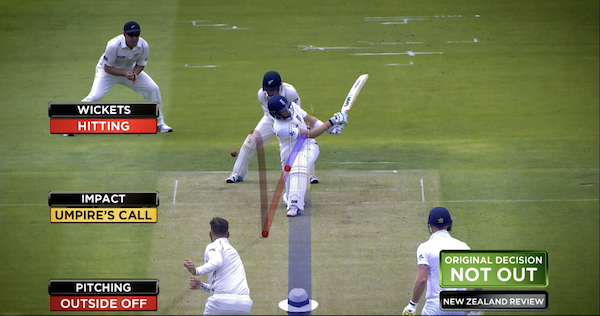 In full earshot of the viewing audience, the “third official” walks through the camera angles and other tools at his or her disposal. In addition to a slow-motion replay, the official can see sound waves produced by an on-field microphone as well as ball tracking.

For all that technology, a review may still leave a final decision to the discretion of the official on the field.

Obviously, we’re not talking about soccer here. We’re talking about cricket, which uses all of these tools for a transparent process that leaves little room for argument.

That’s not to say the rollout of replay in cricket was perfect. In its early years, its idiosyncrasies and specific applications were debated. A few Australians still gripe about it, but the argument isn’t about the system’s existence.

Cricket isn’t the only sport that broadcasts its reviews. Rugby does the same. So does field hockey. 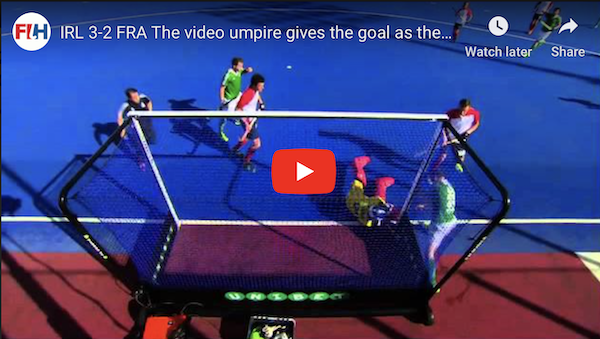 And in these sports, the referee mostly defers the final call to the person seeing the replay in another room. They don’t call the referee over to see what happened.

Obviously, the point of all this is to see what we can learn from other sports and apply it to soccer. (We’ll skip the NFL, where officials won’t overturn a no-call on pass interference unless the defender lifts the receiver and does a WWE-style suplex.)

1. Technology and its limitations. Cricket has the most sophisticated tech of any sport’s replay system, but in occasional cases, the reviewers hand it back down to the field. “You’re on the field,” the rule implies. “You have a better sense of this.”

Compare that with soccer’s VAR system and offside calls that offer up a false sense of precision. Replays may have computer-generated lines showing where each player’s torso happened to be at the moment a ball is played forward. But those lines can’t tell us precisely when the ball was played.

In various forms of racing, a photo finish can give you that precision. A picture captures the exact moment a horse’s nose touches the line. In soccer, we can have that for the moment a ball crosses a line but not most other calls.

2. The authority of the referee. Soccer purists will surely cringe at the idea of handing the final decision over to an off-field official.

But VAR, quite sensibly, allows specific calls to be changed without making a referee trudge to the sideline. The obvious non-calls that live in infamy, such as Diego Maradona’s “Hand of God” goal, will be wiped out with no problem. Goal-line technology simply figures out whether a ball crossed the line, a difficult call for a center referee or an assistant referee trying to look through a tangle of moving bodies.

In soccer, though, some calls are objectively subjective. If a referee has a clear view of a play, the referee can judge it “careless” (foul, no card), “reckless” (yellow card) or “with excessive force” (red card). That judgment may depend on several factors. Is the field so wet that a player may lose control? Did the player clearly rush in with murder on his mind?

Yet soccer is less suited than cricket to do entirely without On-Field Review (OFR). The whole point of VAR is to provide another set of eyes. A referee can’t see every angle, even with an assistant referee. (What referee has never seen a play in which he or she wishes a reverse angle was available?)

So soccer can take some lessons from elsewhere but not others.

1. Use transparency and explanations to sell the call. The NFL doesn’t let the audience eavesdrop on conversations, but when a call is made (on the field or after a review), the referee explains: “The ball was in a tuck position, therefore it’s whatever the rule book says this year” and so forth.

While broadcasting all the communications between soccer officials is impractical, we should be able to see some signal of a pending offside review before players embark on a lengthy goal celebration. Maybe soccer could borrow the old hockey red light for a goal. If goal-line technology says a ball has crossed the line, put on the red light, but if the assistant ref has yelled for a delay, immediately put up a yellow light to indicate that a review is imminent.

And we should know exactly what’s being reviewed, especially for the benefit of TV commentators who invariably focus on the wrong thing; e.g., an offside call that isn’t under review while the ref is actually checking to see if the ball was handled.

2. Admit that an on-field official may be better-placed to judge a call than a camera is. VAR is only supposed to overturn “clear and obvious” errors. Drawing a couple of lines at some point of a passer’s foot making contact with a ball does not give “clear and obvious” evidence. The AR may hear the “thump” while he or she sees the line. Let the AR’s call stand unless the poor AR fell asleep and missed something obvious.

3. Understand that the system will need tweaking but will be essential to the game in the long run. Which is more embarrassing to soccer -- a close offside call that could’ve gone either way or the Hand of God? A referee that sees a reverse angle and still makes a subjective call, or a referee who gives a red card to the wrong player?

4. Quit blaming VAR for officials’ mistakes. In October's Manchester United-Liverpool match, Juergen Klopp was justifiably angry over a couple of calls that went Manchester United’s way, as if the ghost of “Fergie Time” still lingered over Old Trafford. As a Liverpool fan, I also wasn’t too happy. But VAR wasn’t to blame.

First, a no-call: Divock Origi was, to the mind of just about everyone beside referee Martin Atkinson, fouled from behind. Manchester United took possession, went quickly down the field and scored. VAR surely wouldn’t have changed Atkinson’s mind, wrong as he was.

Second, Sadio Mane was being mugged on the edge of the penalty area. The ball was played in as he managed to escape, and he finished as he often does. But the cross hit his arm on the way in.

The second call wasn’t really an issue of VAR. It was an issue with the new interpretation of handball. If the handling leads to a goal, even if it was clearly accidental, the goal will not stand. Perhaps IFAB, the keepers of the rules, should consider adding a clause allowing the goal to stand if the handling is the result of being tied up a defender in a way that only a Premier League official would allow.

But the handball change demonstrates something important. We’re still tweaking the game, a century and a half after its invention -- an invention that actually came about because people were tweaking “football” and finally split it into multiple codes.

Why should we try to toss out VAR without even giving it a few years of refinement?

referees
5 comments about "What soccer can learn from cricket's transparency -- and other ways to improve VAR".
Read more comments >
Next story loading