John Hackworth on U.S. Soccer changes, the Under-17 World Cup, and winning with USL's Louisville City 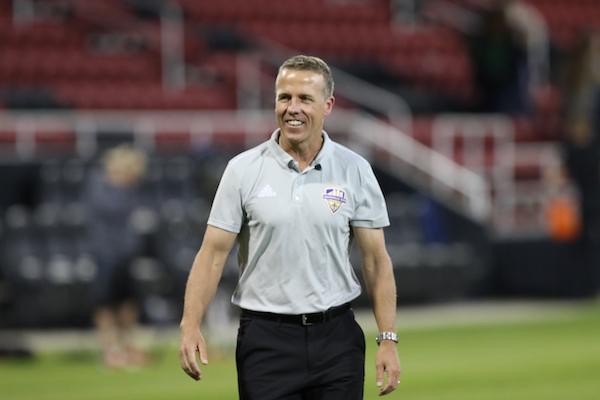 Hackworth is one of seven full-time U.S. youth national team coaches to depart within the last two years. Only one vacancy has been filled: Swiss Raphael Wicky took the U-17 helm in March. Wicky became the fourth U-17 coach during this two-year cycle, after U-16 coach Shaun Tsakiris and U-15 coach Dave Van den Bergh filled in between Hackworth’s departure and Wicky’s arrival.

SOCCER AMERICA: You’ll be watching the U-17 World Cup?

JOHN HACKWORTH: Absolutely. I’m excited. I have a vested interest. I’ve built some really good relationships with some of those young men. They’re extremely talented. Even though I’m super happy with where I am in life, I’m sure I’ll be a bit remorseful and have tinges of regret that I’m not down there with them.

SA: Why did you leave the U-17 head coaching position?

JOHN HACKWORTH: There were a lot of changes at U.S. Soccer and it was a very interesting time to make some tough decisions from a personal standpoint. From a Federation level, so many positives I thought were not being addressed, or at least changing dramatically.

SA: In 2017, the USA was one of only two nations -- besides England, which won both -- to reach the quarterfinals of the U-17 World Cup and the U-20 World Cup, at which Tab Ramos coached the USA. This was also a period during which an unprecedented number of U.S. youth national team players were landing professional contracts …

JOHN HACKWORTH: Our job as youth national coaches, while it’s to get to a World Cup and go through qualifying, is to allow these young talented players to have experiences that help them grow. It’s also to develop them. To give them the best opportunities to improve themselves.

And I thought I was a small part of what I would say was one of the best times -- across the board from our youngest team to the U-20s -- of the youth national team program, because there was so much player development and there were so many good players coming through.

You look at the key events and we had some really good runs. Not only good runs, but we outplayed some of the better countries in the world of soccer head to head. That was something I was really proud to be a part of. Obviously, that was led by Tab. I thought he had a great staff.

We had wonderful resources from U.S. Soccer. There was a lot of planning that went into that. There were a lot of people who supported that plan. Looking back on it, it was a really good and valuable and productive time for player development program from a national team perspective. 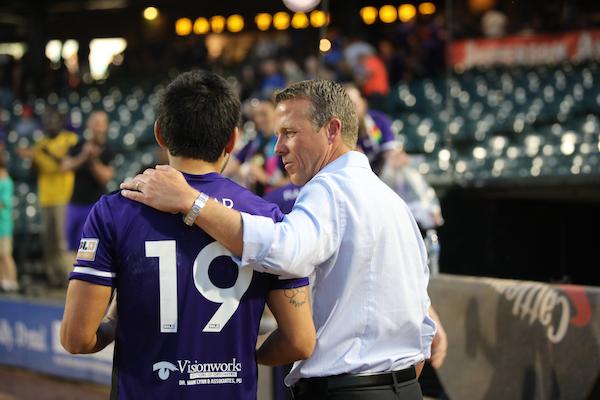 SA: Now Tab Ramos is leaving to coach in MLS, and it’s hardly a secret that although he was the Youth Technical Director, U.S. Soccer took away his control of the program more than a year ago. Not one of the seven YNT head coaches from two years ago is still with the Federation. Why would that be?

Not only is that staff no longer in place, but many of those programs are ultimately not really in existence in the same manner. That’s a just different way to approach it and I’m not in a place to make a judgment on whether that’s right, wrong or indifferent.

What I can tell you is that from my personal experience, so many things were working and working really well. From scouting, to player identification, to the number of events, to the number of full-time staff. There was just a really good synergy, but with some changes in leadership, they decided to make changes.

Change doesn’t mean it’s bad, but in hindsight, there has certainly been a lot change and not a lot of replacement. I hope Rafa [Wicky] does a great job. I wish him nothing but the best, but even that is different. Their buildup to the World Cup was much different than what I was doing with my under-17 teams.

SA: During Ramos’ tenure as Youth Technical Director, he brought in full-time head coaches for each age group. How important that was?

JOHN HACKWORTH: I can’t make a statement strong enough about how critical that was.

For me, after being assistant and head coach of the U-17s, and Bob Bradley’s assistant coach with the full national team during my first stint with U.S. Soccer, I returned after the Philadelphia Union as the U-15 head coach. That’s when I was like, Holy Cow, we are making some serious progress. We’re now investing in people, they’re working together, the collaboration and the trust is good, and it’s so beneficial for the player pool.

With a full-time national team coach and programming at each age group, we were no longer skipping age groups. There were no more gaps. I felt great about that.

SA: After coaching the U-15s you returned to the helm of the U-17s, and again ran the residency in Bradenton …

JOHN HACKWORTH: I didn’t really have any idea that I would go back to the U-17s. Then lo and behold that happened. I think part of the reason that happened was that in working with Tab, we had a really good relationship and a trust in how he envisioned the team playing. From what was important to player development for the U-20s and what he expected for every team all the way down. We had a lot of continuity about ideas and methodology that I think are impossible to really get right unless you have a full-time staff.

SA: There was also setup in which head coaches would join the older teams above them as assistant coaches, such as Shaun Tsakiris assisting you at the 2017 U-17 World Cup in India. Did you find that beneficial?

JOHN HACKWORTH: Absolutely. That just builds that synergy. It builds the continuity that I’m talking about. Brad Friedel (former U-19 coach) and Omid Namazi (former U-18 coach) are perfect examples of that in the way they joined Tab with the U-20s.

When you have three guys with excellent experience who are working with individual age groups, then they collaborate to put their heads together to work in a very streamlined way -- it’s simplistic but it’s also how it should be done in my humble opinion.

SA: Your 2017 U-17 squad included future full national team players Timothy Weah, Sergino Dest and Josh Sargent, who is remarkable in that he played for Ramos' team at the U-20 World Cup before returning to your team for the U-17 World Cup. Sargent, now 19, has already played 11 full national team games and 17 Bundesliga games (four goals) with Werder Bremen.

JOHN HACKWORTH: It’s a perfect example of two different programs working very closely together. Tab and I – and also our player identification program – looked at Josh as a player in two national team pools at the same time to be the best. And in order to make that work, both programs had to give a little bit. But it’s worth investing in a player who has that potential and needs those opportunities at that particular time.

It’s just a good example of the synergy. I would speak very highly of how that process went down from an internal standpoint. And from an external standpoint, the proof is there. I think Josh was successful in both and it gave him an opportunity with a European club and to be successful with the men’s national team. He is still a really young player but he’s still a great example.

SA: The players on your 2017 U-17 team are overall farther ahead in their careers two years later than any group of previous U-17s. How would you compare that pool to the 2019 squad?

JOHN HACKWORTH: The current roster that they’re taking … Rafa has made some changes and found some new players. This is a cycle without a residency program, they don’t have quite the number of camps or events or games, so it’s difficult to compare.

My two cents is I think it’s really talented group. As talented as the last one. Maybe not as deep as my team, but certainly in terms of top level quality, I think there some players there like a Josh Sargent. It’s easy to look at Gio Reyna or Gianluca Busio, guys who are doing so well at a young age and have potential to be even better. 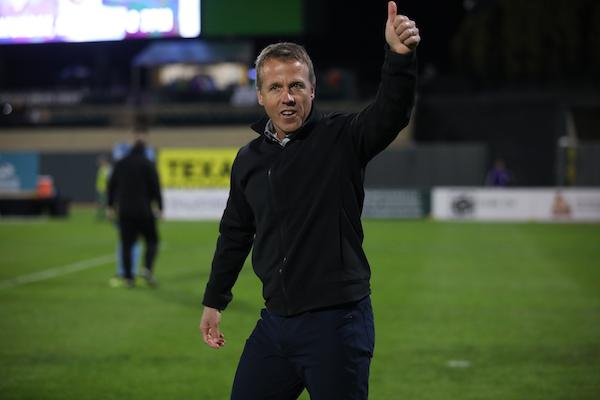 SA: You left U.S. Soccer in July 2018 and in November celebrated the USL title …

JOHN HACKWORTH: They were having a rough year, losing their head coach, James O’Connor, who became head coach of Orlando City. They went through a search that went so long they appointed three players like a triumvirate of head coaches, which is a bizarre situation. To the players' credit, they handled a lot of different leadership and in the end we played really good soccer and won the second championship for this club, and that was super nice.

SA: Your team is fourth in USL attendance with a 9,000-plus average. You’re enjoying Louisville?

JOHN HACKWORTH: This is a really cool town in a lot of ways. I’m happy to say it’s a true soccer town and it’s really neat to be a part of.

We had 12,000 for our last regular-season game. The crowds are amazing. We’ve got this new stadium that’s opening next year that’s going to be even better. The ownership group is fantastic. They’re willing to invest. These guys have been mindful about doing the right thing and then growing it. That’s been really nice to be around.

I miss coaching the U-17s, but I will forever be thankful for my time with the Federation.