A Ref's View: Your clues for youth games

What type of a soccer game is it going to be? 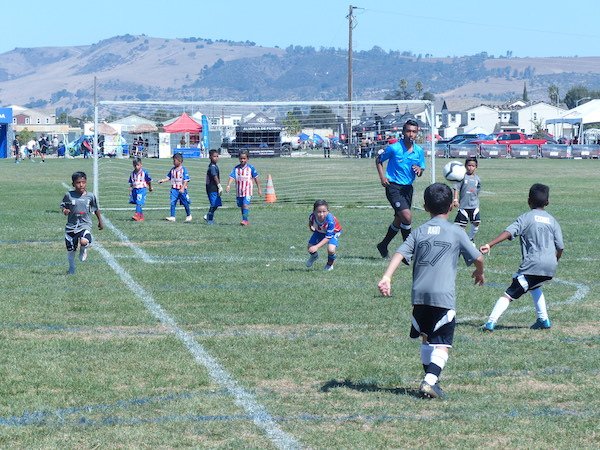 Here are questions and some simple clues to find out:

How much does the ref care? In order to find out, just check the goals.

Are they anchored? They certainly need to be as a game cannot start without the goals being anchored as this is a huge safety issue.

Are there holes in the nets? I’m not writing about one hole that might have been created during the half but many holes. If the goals are unanchored or there are a few holes in the nets, then I know that the referee (or assistant referees if they are assigned) did not check the goals before the game, one of their duties.

Even if a ref arrives from another field and is late for the kickoff, the goals need to always be checked as well as the player passes. No exceptions!

How well will the teams behave? I know as soon as I check the team and their passes before the game. Maybe I’m dating myself but I put teams into Oscar or Felix categories.

I will have teams who do not respect the ref when checking the passes and do not listen to their coach to keep quiet as they would rather fool around than be respectful. Their shirts are not tucked into their shorts and sometimes their shorts and socks are all different colors. These are the Oscar teams.

One of my ref colleagues who’s a high school teacher demands and receives absolute silence from the team before checking their passes and that certainly works for him.

Then I will have teams who stay quiet throughout the time that I check the passes, which is only a couple of minutes. Their shirts are tucked into their shorts, they are all wearing the same color shorts and socks and they look like a team. These are the Felix teams.

Recently, I was checking in a Felix team and while doing so, a player from the previous game said, “Excuse me, ref, whose ball is this?” as a ball had been left by the bench. I looked around and told him that I did not know. Thirty seconds later, I resumed checking in that team, who kept quiet and stood in line during that time.

I refereed that boys U-14 team three times in one month and they rarely committed fouls and never came close to receiving a card. After all three games, and they lost all three, the players and particularly their three coaches shook my hand enthusiastically.

But whether you are an Oscar team or a Felix team, something that nobody seems to understand is all players should have their shirt tucked into their shorts and this includes the goalkeeper. Nearly every team that I check has a goalkeeper with an untucked jersey and when I tell the goalkeeper to tuck the jersey in, I am questioned by the goalkeeper and often the coach because apparently one of my ref colleagues are not doing the same.