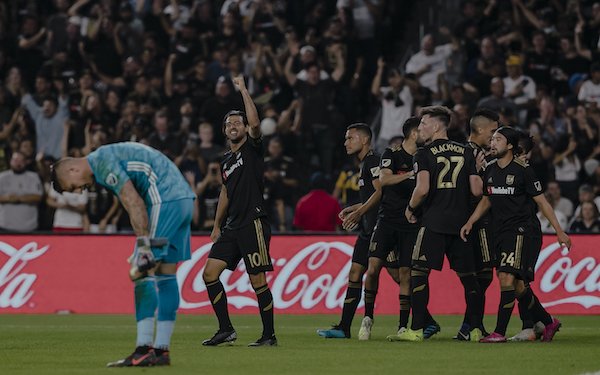 Thursday's El Trafico was billed as a watershed moment in Major League Soccer, a match that was filled with all the hype that surrounds big games in other major American league sports -- and it actually delivered.

The Western Conference semifinal match was a derby game, the sixth meeting between LAFC and the LA Galaxy.

The first five meetings set up the sixth -- LAFC, MLS's record-setting Supporters' Shield winner, had yet to beat the Galaxy.

And Thursday's match certainly had an LA feel, complete with celebrities like Will Ferrell  wearing an LAFC captain's armband and celebrating in the 3252 and Magic Johnson, if you believe Zlatan Ibrahimovic, drinking coffee with the VAR official who missed the offside call on Carlos Vela's second goal for LAFC.

El Trafico VI ended with a 5-3 victory for the home team, tying an MLS record for goals in a playoff game, but not before LAFC, like the Seattle Sounders and New York Red Bulls last weekend, blew a 2-0 lead.

Forget for a moment the match featured little defending and some really bad goalkeeping by LAFC's Tyler Miller (on Ibrahimovic's tying goal).

Thursday's El Trafico was the rare soccer match where if you turned away for a moment you'd miss something.

And that continued into the post-game with LAFC coach Bob Bradley telling ESPN sideline reporter Sebastian Salazar to "get lost," and Ibrahimovic grabbing his crotch  as he walked past an LAFC heckler. 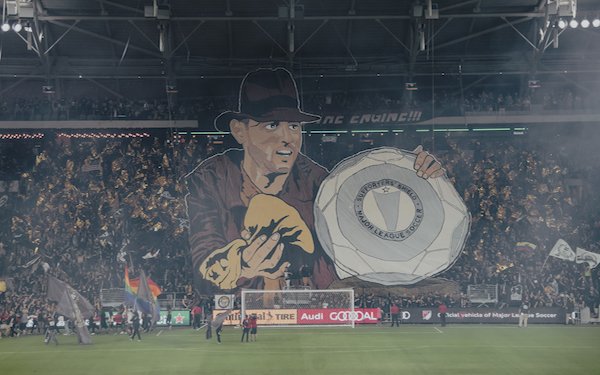 But LAFC's victory over the Galaxy was a watershed moment for MLS in another way. It sent LAFC into the conference finals, where for the first time in the league's 24 years all four teams are expansion teams:

The Galaxy, winner of a record five MLS Cup titles, was the founding member from the league's launch in 1996 still alive in the playoffs.

Toronto FC, Seattle and Atlanta United are all former champions, and all four teams represent turning points in the ambitions of the league.

The Sounders, who shattered all MLS attendance records with their entry into the league, brought Clint Dempsey back from England in 2013. Toronto FC shelled out more than $18 million in salaries for Designated Players Sebastian Giovinco, Michael Bradley and Jozy Altidore when they became a trio in 2015.

Atlanta United set a new standard with its move into Mercedes-Benz Stadium, where it averaged more than 50,000 games for the last two seasons, and broke new ground with the signing of Miguel Almiron, Ezequiel Barco and Pity Martinez one after the other from clubs in Argentina over the last three seasons.

And an energy about it that is unique in MLS history.

Best part of Los Angeles Derby happening off the field. Atmosphere at LAFC behind goals is bona fide mesmerizing. Impossible to watch without wanting to be part of it. Astonishing achievement for MLS which has long dreamed of building a dominating presence in a major market pic.twitter.com/QWkm3gteRc