USA at the U-17 World Cup: The staff, the stakes, the squad

The U-17 World Cup, a biennial chance to see how U.S. teens compare to the rest of the world, kicks off for the USA on Sunday in Brazil when it faces Senegal (4 pm ET, FS1, Telemundo). This U-17 World Cup comes at a time when questions of how U.S. Soccer is handling its youth national team program abound.


THE STAFF.
Raphael Wicky, a former Swiss national team player who coached youth academy teams at FC Thun, Servette, FC Basel, was named U.S. U-17 boys national team coach in March. His playing career, which ended after his 2018 season with Chivas USA, included stints in his native Switzerland, Atletico Madrid and the Bundesliga.

Assistant coach Ante Jazic is a former Canadian national team player who began his 18-year pro playing career in Croatia, from where his parents hail. He also played in Austria and Russia before finishing his playing career with eight seasons in MLS, with the LA Galaxy and Chivas USA.

Upon retiring after the 2013 MLS season, Jazic worked for the Canadian federation, running identification camps for the U-15 national team. He joined Arkansas’ Little Rock Rangers Soccer Club as a technical advisor in 2016 and became its Director of Soccer Operations and Youth Academy in September 2017.

Assistant coach Matt Pilkington, an England native who came to the USA to play at George Washington University, is New York City FC U-19 academy coach. He was previously Technical Director at Downtown United SC after coaching at Bethesda-Olney, whose alum include Gedion Zelalem and Jeremy Ebobisse.

Goalkeeper coach Mike McGinty is the former St. Louis University head coach and a frequent U.S. youth national assistant coach. He served as an assistant coach at the University of Virginia in 1999-2009 and at his alma mater, Wake Forest (1995-1996).

THE STAKES.
The most important measure of a U-17 program is the number full national team careers it helps launch, which in this team's case we won’t know until further into the future. Although three players from Coach John Hackworth’s 2017 U-17 World Cup squad have already been capped: Timothy Weah, Sergino Dest and Josh Sargent.

As far as results go, reaching the second round would be a minimum expectation. Two years ago marked the first time the USA won a knockout-stage game at the biennial U-17 World Cup since the Landon Donovan-led USA finished fourth place in 1999. In 2017, after its 5-0 win over Paraguay in the round of 16, Hackworth’s team exited in the quarterfinals with a 4-1 loss to eventual champ England.

But what will drive significant scrutiny to the USA at this U-17 World Cup is the degree of skepticism about the overall state of U.S. Soccer.

After the USA failed to qualify for the 2018 World Cup in Russia, there was optimism to be found in the youth national team program. The USA reached the quarterfinals of both the 2017 U-17 and U-20 World Cups, the U-20s won back-to-back Concacaf U-20 Championships and again reached the quarterfinals at the 2019 Under-20 World Cup, and the signing by professional clubs of youth national team players reached an all-time high.

And this U-17 World Cup marks the first world championship since every youth national team head coach who had been in place before Carlos Cordeiro’s election as U.S. Soccer president departed. Wicky, who was hired in March 2019 to take over the U-17s, is the only full-time head coach for a program whose seven teams haven’t been fully staffed since late 2017, just before the leadership change from Sunil Gulati to Cordeiro.

Even a successful run by these youngsters won't allay deep concerns about how U.S. Soccer has failed to manage a fully operational youth national team program, but a disappointing performance will fuel even more skepticism and disillusion about U.S. Soccer leadership.

THE SQUAD. Those lucky to have watched previous U-17 World Cups got early looks at the likes Christian Pulisic,  Jozy Altidore, Eddie Johnson, Landon Donovan, DaMarcus Beasley, Taylor Twellman, Tim Howard and Claudio Reyna, whose son, Gio Reyna, is one of most promising players on the 2019 squad.

In years and decades past, the USA's coaches often pointed out the advantage opponents had because their players were already in a professional environment. Wicky's players have more pro experience than any previous U.S. team.

The move to sign U-17 players earlier to pro contracts follows the disbanding of the U-17 Residency Program, which had been in place in Bradenton, Florida, since 1999. 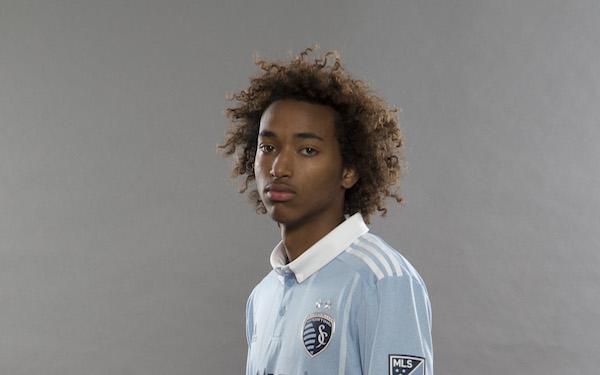 Gianluca Busio of Sporting Kansas City has 29 MLS games under his belt. 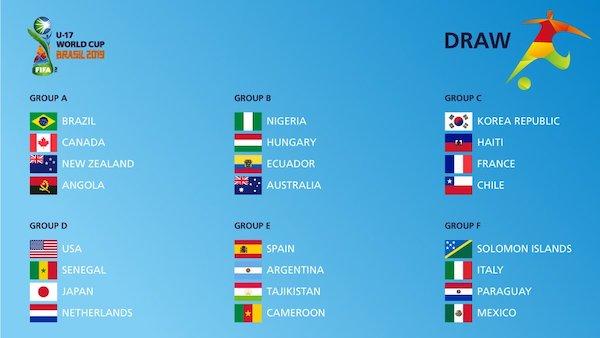 THE USA's GROUP D OPPONENTS.
The top two finishers in each of the six groups and the four best third-place finishers advance to the round of 16.

Sunday, Oct. 27 USA-Senegal in Cariacia. FS1, Telemundo
SENEGAL, which is making its U-17 World Cup debut, failed to reach the knockout stage of the African U-17 Championship but replaced runner-up Guinea as a World Cup qualifier after Guinea was disqualified for using two overage players. Senegal itself then came under scrutiny when it dropped eight players for falsifying their ages. Senegal had lost, 2-1, to Guinea after ties with Morocco (1-1) and Cameroon (0-0). Cameroon won the African title.

Wednesday, Oct. 30 USA vs. Japan in Cariacia. FS2, Universo.
JAPAN, which reached the round of 16 two years ago, qualified as Asian champion. It beat Australia, 3-1, in the semifinals and Tajikstan, 1-0, in the final. Japan's best U-17 World Cup performance came with a quarterfinal run in 2011. The USA has faced Japan twice at the U-17 World Cup with Japan winning both group-stage games, in 1995 and 2001.

u-17 world cup, u.s. under-17 men's national team
6 comments about "USA at the U-17 World Cup: The staff, the stakes, the squad".
Read more comments >
Next story loading