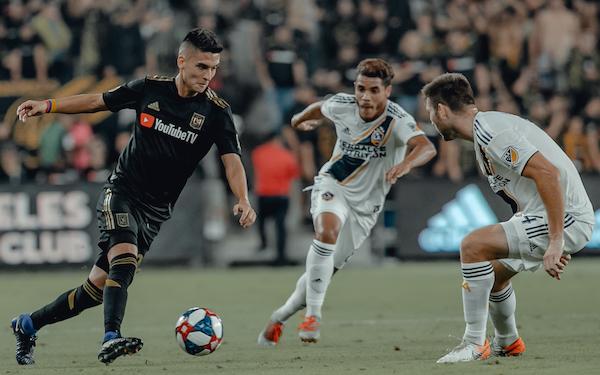 Thursday's MLS Western Conference semifinal match between LAFC and the LA Galaxy was watched by a combined 961,000 viewers on ESPN and ESPN Deportes.

ESPN delivered 586,000 viewers, the most for an ESPN broadcast of an MLS playoff game (excluding MLS Cup) in 20 years and tied for the third highest ever.

The game started on ESPN2 and didn't switch over to the scheduled slot on ESPN until 25 minutes into the game because of the conflict with the broadcast of the SMU-Houston college football game.

The 375,000 viewers on ESPN Deportes were the most ever for an MLS playoff game (excluding MLS Cup) on the Spanish-language network.

The audience was 16 percent higher than for Game 2 of the World Series on Fox Deportes.

Including Canada numbers, the total viewership for El Trafico VI was 1.1 million.