NWSL Final Preview: The stars who weren't at the World Cup

They include five starters from the 2019 U.S. Women's World Cup championship team -- Abby Dahlkemper, Crystal Dunn and Sam Mewis for the Courage and Alyssa Naeher and Julie Ertz for Chicago -- and Australian Sam Kerr, who led the Red Stars with a league-record 18 goals and won her second NWSL MVP award.

But the championship game will feature other players who didn't play at the World Cup but will play prominent roles in the final.

Here are three such players to watch for each team:

NC Courage.
Jaelene Hinkle. Courage coach Paul Riley has described the 26-year-old Hinkle as the “the best left back in the league by a country mile" and is a 2019 Defender of the Year finalist but hasn't played for the USA since 2016 when she declined a chance to play for the national team in 2017 because she said her Christian beliefs wouldn’t allow for her to wear the jerseys with rainbow numbers designed to honor the LGBT community.

Heather O’Reilly. The 34-year-old O'Reilly was in France this summer -- as the lead analyst on Fox Sports' World Cup studio show. She was thrust into the starting lineup when right Merritt Mathias suffered a torn ACL in September. O'Reilly is already the most decorated U.S. player in history with league titles with Sky Blue FC, FC Kansas City and the Courage in addition to championships at the University of North Carolina and with the USA.

Lynn Williams. The 26-year-old forward entered the NWSL as a rookie with Dahlkemper, Mewis and Hinkle at the Western New York Flash in 2015 and has won league titles with the Flash in 2016 and Courage in 2018. She was second in the NWSL behind Kerr with 12 goals this season after scoring 14 in 2018. 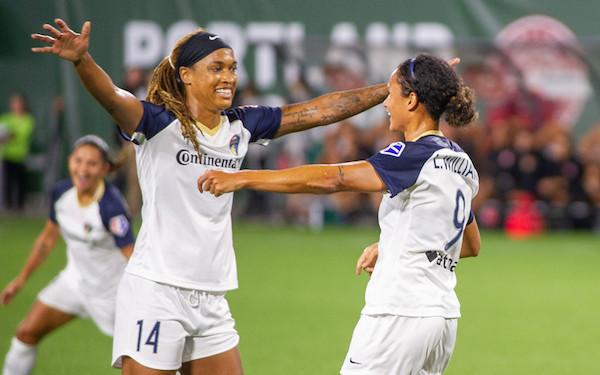 Chicago Red Stars.
Casey Short. The 29-year-old left back was a late cut from the U.S. World Cup team after being a regular for the two and a half years following the 2016 Olympics. She was named to the 2019 NWSL Team of the Month every month this season. 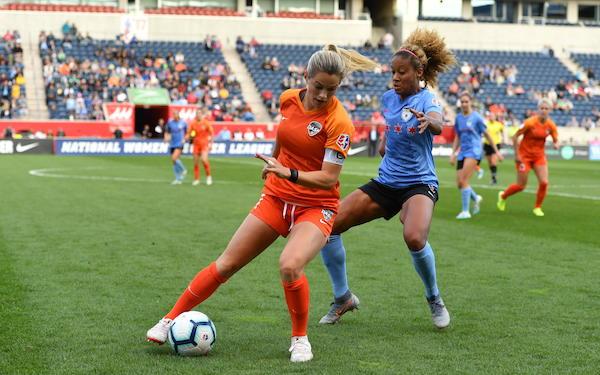 Vanessa DiBernardo. The 27-year-old daughter of former U.S. international Angelo DiBernardo hails from Naperville, Illinois, like Short, and is in her sixth season with the Red Stars. She is along with Danielle Colaprico and Ertz the only players who have been on all five Chicago playoff teams.

Yuki Nagasato. The 32-year-old playmaker won the 2011 World Cup with Japan and spent seven years in Europe before joining the Red Stars in 2017. She has enjoyed her best NWSL season with eight goals and eight assists and formed a tremendous partnership with Kerr.