Klaas de Boer on scouting for U.S. Soccer: The Development Academy operates in a bubble

Since immigrating to the USA from the Netherlands in 1956 at age 14 with his family, Klaas de Boer has been involved with nearly every level of American soccer, including professional, college and youth coaching. Based in Michigan, he's served as a per diem scout for the U.S. youth national team program scout since 2015. In early October, de Boer read in Soccer America that a 16-year-old from Grand Rapids, Michigan, was the top player at the 2019 Allstate Sueno Alianza National Showcase, where he received tryout invitations from several Mexican clubs and the Mexican youth national team program.

SOCCER AMERICA: What did you do after you read about David Zavala?

KLAAS de BOER: I made a call to his club. He plays for Midwest United, which is the big club in Grand Rapids. I asked what high school he went to because I wanted to see him play. They told me he plays for Union High School. Then I made a point to go to one of his games.

KLAAS de BOER: I'm quite familiar with the level of play at the Development Academy. We have two clubs in Detroit that play in the Academy, Wolves and Vardar. And I would rate him better than any player who I saw play in that age group for both of those clubs. I had a conversation with him. I had a conversation with his father, who is his high school coach as well. I told him I was going to get in touch with the U.S. Soccer Talent ID Manager to inform him that I had seen David play and to see if we could get him in perhaps to a YNT Identification Center.

KLAAS de BOER: Garrett was very interested. He thanked me for providing him with the information. He had heard about the player as well, because apparently the Development Academy had a scout at the Hispanic tryout [Sueno Alianza] in California. So he said find out his age, because we may not have an ID Center in that age group. David's a 2003, he's 16. I don't know what's happened since, but there are no ID Centers in that age group. They only have them in the younger age groups. I don't know how exactly they may have pursued him since I spoke to Garrett about two weeks ago.

SA: Garrett heard about Zavala because U.S. Soccer had a scout at Alianza and Zavala was the MVP because he had the most Liga MX scouts interested in him. But U.S. Soccer didn't tell you to go look at him because he was in your area?

KLAAS de BOER: No, they didn't. 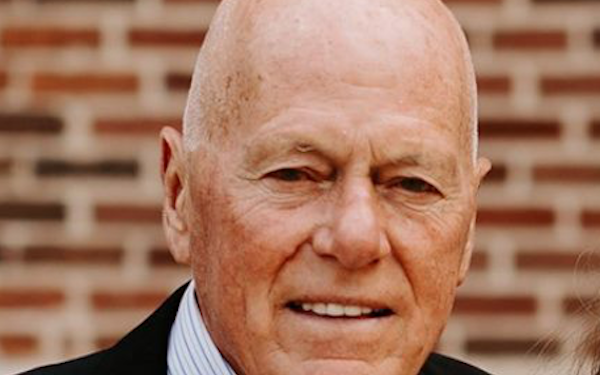 There was no youth soccer in Michigan when Klaas de Boer arrived from the Netherland at age 14 in 1956, but one year later he started playing for an adult league launched in the immigrant community. After playing at Michigan State, which finished NCAA runner-up in 1964 and 1965, de Boer played for the American Soccer League's Boston Astros -- for which he lined up against Pele in a friendly with Santos -- the Cleveland Stars and Cleveland Cobras. He coached six years at Cleveland State and served as assistant coach for the NASL's Los Angles Aztecs, to Brazilian head coach Claudio Coutinho, and Detroit Express.

SA: It sounds like he wouldn't have been pursued by U.S. Soccer if you hadn't read about him and taken the initiative. Now you've given U.S. Soccer a report and Zavala's contact information, but what options are there for kids like him who are too old to take part in ID Center camp?

KLAAS de BOER: The option that Garrett suggested was to see if we could get him to play with one of the Academy teams in Detroit, Vardar or Wolves. I told him in my opinion that was out of the question because it's a 2 1/2 hour drive each way. I also indicated that he's playing for a good club, Midwest United. I know his coach as well. He's a good coach. I think he's with a good club. But that's the natural reaction of the [U.S. Soccer] people. To get kids to a Development Academy club.

SA: What if he was an age, like 13, that would have made him eligible to attend one of these single-day ID Centers?

For example, if a David Zavala comes to an ID Center camp and maybe he doesn't do exceptionally well on that given day. That's the end of the story. He would not be followed anymore. But an Academy player who had a poor day is still going to be scouted by U.S. Soccer as he is playing Academy games.

SA: What happens if a non-Academy does exceptionally well at an ID Center?

KLAAS de BOER: They would try and persuade this player to play for a Development Academy club.

SA: Do you believe a player like David Zavala, and the many more like him, who don't live near a Development Academy club -- could stay where they are, not be in the Development Academy, and in some cases still have a chance to develop in a way to make them potential national team players?

KLAAS de BOER: Of course. Midwest United is one example. It's a very good club. His particular team was playing in the National League, so he was playing in good competition every week. You can make an argument that with a structure and environment of a Development Academy that the training might be a bit better. But in my opinion he was getting good training at Midwest United. 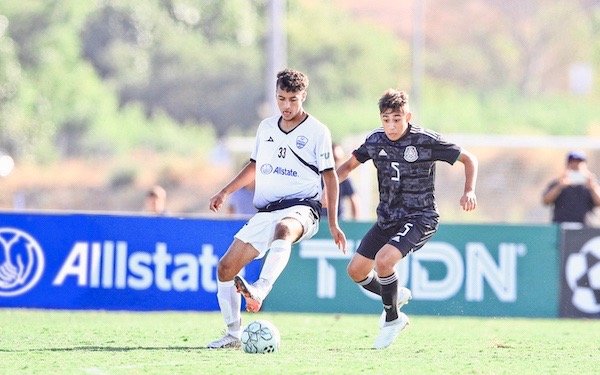 David Zavala (left) at the 2019 Allstate Sueno Alianza National Showcase, after which he was courted by the Mexican national team program.

SA: When I interviewed Tony Lepore, Director of Boys Talent Identification for U.S. Soccer, in January, besides announcing the scouting license program, he said U.S. Soccer has about 100 scouts around the country and the goal is one day to have 500 scouts. How do think U.S. Soccer's scouting system can address problems you see?

It's an unfair playing field where amateur Development Academy teams like Wolves and Vardar, these kids have to pay, and their better players of course will be snatched away without compensation by MLS clubs that perhaps have residential academies.

SA: How does your scouting work?

SA: What instructions do you get?

KLAAS de BOER: I will get an assignment for a day where I will scout two or three games. It used to be when you were assigned a particular game, and you would select the top players. The players who in your opinion had the most talent, and you complete a report online about them. But they changed that a year ago.

KLAAS de BOER: Now when you get an assignment, they also assign to you particular players who you need to focus on and send a report on. That to me that is an issue as well.

KLAAS de BOER: It's almost as if they don't trust the scouts to make their own judgment in terms of talented players. They assign players to you, and quite often, quite a few players. I've had games, for example, where I had to look at eight, 10 players in one game, and then complete a report on each one. And when you're focusing on that many players, so you can write a detailed report an each one of them, it's very difficult to pay enough attention to all of the players, some who might be as good as the ones you've been assigned.

SA: You do a report on eight or 10 players they assign to you whether you were impressed or not ... I suppose their reasoning might be, this other guy said so-so is a great player, and they want to get another scout's opinion.

KLAAS de BOER: Yeah, these are players who have obviously gotten pretty good grades at other games. Maybe their club coaches recommended them.

SA: So there's some logic to that, but it reminds me of coaches like Anson Dorrance talking about going to watch a highly touted player, but preferring not to know the player's number so they could judge without any preconceptions.

KLAAS de BOER: I feel the same way. Also, I think most scouts have a vast knowledge of the game and I would say there are many scouts who have more experience in the game than the talent ID manager. If you're going to hire a scout, I think you should give them the liberty to determine for themselves who the top players are.

SA: I imagine there are cases where it would make sense, like if a player is being seriously considered to be called into a national team camp and they want to check on him.

KLAAS de BOER: I'm sure in some cases.

SA: What if you are supposed send reports on eight players but there's a ninth who impresses you?

KLAAS de BOER: Then you would write a ninth report.

SA: When I ask the Federation if they scout non-academy players, they tell me they do.

KLAAS de BOER: If they do, I'm not aware of it. Communication is not a strong suit of U.S. Soccer. I just saw for example your article about the U-17 camp. The thing is, scouts are never informed about these developments that are going on. You stay informed by reading articles like that in Soccer America to find out who's coaching them. Otherwise, the information does not filter down to scouts. You have to go out of your way to find out exactly what is going on.

I always say, Development Academy staff people, they're hard-working and dedicated individuals, but they operate in a bubble. They operate in their own little world. They are not really conscious of an outside world beyond the Academy. And the lack of transparency from U.S. Soccer, what is the purpose of the secrecy?