Tab Ramos explains his move to the Houston Dynamo from U.S. Soccer 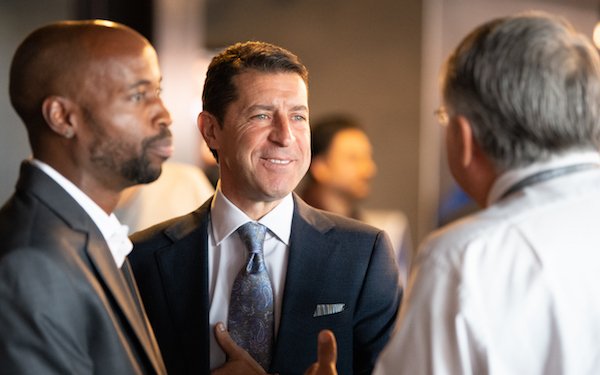 After eight years at U.S. Soccer, coaching the U.S. under-20 men's national team at four world championships and overseeing the youth national team program on the boys side, new Houston Dynamo head coach Tab Ramos said he was ready for a change.

Without going into what has been reported to be a declining relationship with senior executives at the federation, Ramos said he started looking around at potentially new jobs in the last year and a half.

“I’ve been linked with a lot of jobs over the last seven or eight years," he said, "but in particular the first six years I was in U.S. Soccer – I wasn’t really looking to go anywhere. I was really excited about what I was building there. As you know, I was the Youth Technical Director, so I really had my hands on all the youth national teams, and I was very excited about the work I was doing so I was not really looking to leave."

He said he'd often read he was a finalist for a job for which he had never spoken to anyone about.

"So that happened a lot," Ramos said, "and then really over the last year and a half is when I started to think a little bit more about, ‘Hey maybe it’s time to make the jump.’ I felt like a lot had already been accomplished at the youth national teams and I felt like it was a new challenge. I really felt like I wanted to be selective over the last 18 months as far as where I wanted to go, but it all had to start in a place where I felt like the players matched what I wanted to do to start with. And that’s why I feel Houston was the right place for me.”

In 2018, Ramos had worked for Telemundo on its World Cup coverage and he said he became familiar with Houston's Latino community.

"Then there’s some obvious reasons as to why I think this is perfect for me," he said. "Obviously, the city of Houston has huge potential, not just in the national market on the English side, but in the Latino market. I had learned a lot more about Houston last year when I worked for one of the TV networks covering the World Cup about the importance of Houston and the Latino community in particular, so that attracted me immediately. And then, I think the most important piece which is I think we have good players here. I think we have players who fit what I want to do and how we want to play. So I felt like the core of this group is a great one to start to move forward with.”

He said the diversity of Houston appealed to him in terms of building the Dynamo, which has lagged behind other MLS clubs in terms of its academy program.

"Houston has a lot of potential," he said. "It is bigger than Uruguay. Uruguay is world champion, a couple of times. One of the things we have to do better as an organization is getting out there to the Latino community and bringing those players and making them comfortable. It’s the same with the African American community, if you look at the make up of our youth national teams or who our best players are and you take a picture of the team – you really see what America is about. In some time I feel like the Development Academy, it is not always represented. Hopefully we can do a great job to represent exactly that.”