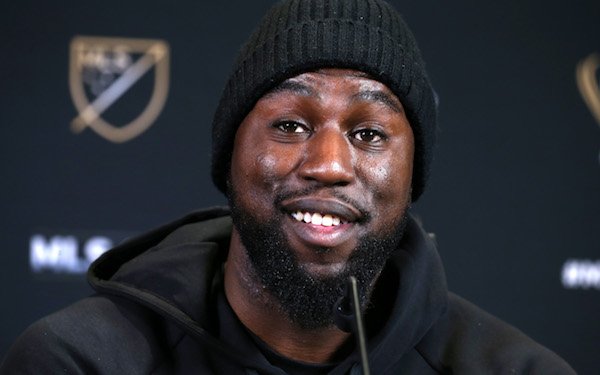 When Toronto FC landed in Seattle on Thursday afternoon, much of the spotlight was on Jozy Altidore and his status for MLS Cup.

Injured in the final game of the regular season, Altidore missed the first three games of the playoffs and admitted on Monday it would take a miracle to play in Sunday's final.

Ask on Thursday afternoon for an update on his miracle, Altidore admitted, “I should have never used that word.”

He didn't sound entirely confident, though, that he could even play limited minutes off the bench.

"I don't know," Altidore said at a media conference for TFC players in Seattle. "I still have to progress, there's still things like kicking the ball — which sounds silly — that I have to do. This type of injury is tricky. I'm trying my very best, I'm doing everything I can. We're all hoping, I'm hoping, to play some part in the game."

Before leaving for Seattle, TFC trained in the snow on Thursday morning, and Altidore joined his teammates, prompting head coach Greg Vanney to upgrade his status "from ‘he needs a miracle’ to a ‘small miracle.'"

Vanney said Altidore went from working in the TFC gym to working outside.

“He did all the work that we needed him to do: high-speed running, got some touches on the ball," he said. "He’s just checking off the boxes."

Vanney said the key practice would come on Friday when the coaching staff will look at how Altidore responds and access whether he’ll be in the TFC 18 on Sunday.