MLS Cup 2019: How did Seattle win going away in a final it was so outplayed? 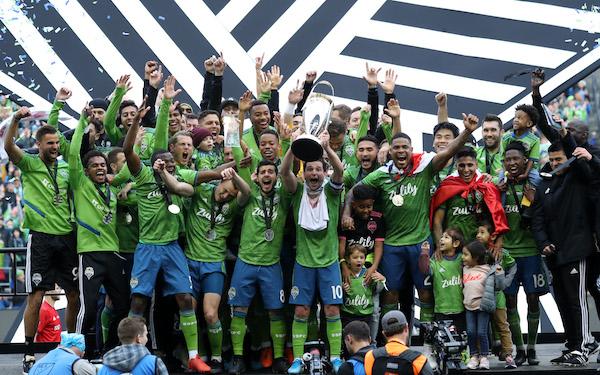 The Seattle Sounders won MLS Cup 2016 and was the runner-up in 2017, but they will be remembered as two of the most anemic performances in the history of the MLS championship.

The Sounders did not register a shot on goal in regulation before winning MLS Cup 2016 in a shootout after the game at Toronto FC finished in a scoreless draw. The rematch in 2017 ended in a 2-0 loss to Toronto FC, which totally dominated most of the game.

MLS Cup 2019 was supposed to be different.

The Sounders came into the Sunday's match with a 12-game unbeaten streak at home after 4-3 and 2-0 wins in the first two rounds of the playoffs and a thoroughly deserved 3-1 win at Supporters' Shield winner LAFC in the Western Conference final. They were buoyed by a crowd of 69,724 fans, the largest ever for a sporting event at CenturyLink Field.

But the enormity of the occasion got to the Sounders in the first half. Like in other matches in the playoffs, they chose to cede possession to Toronto FC. But when they had it, they constantly turned the ball over.

That pattern continued into the second half until the Sounders got a break and a shot by Kelvin Leerdam deflected off two Toronto FC defenders and into the goal, opening the floodgates for Seattle, which was up 3-0 -- marking the first time a team has ever led by three goals in the 24 MLS Cup finals -- before a late goal by Jozy Altidore made the final score 3-1.

How did Seattle win going away after such a poor start?

Few clear chances conceded to TFC. Asked how the Sounders neutralized Toronto FC, Schmetzer admitted, "We didn’t in the first half."

The first half was similar to Toronto FC's first half against NYCFC, the Eastern Conference regular-season champion, at Yankee Stadium in its second match of the playoffs. It was the better team but couldn't find a goal.

It needed a break at the start of the second half to open the scoring. Alejandro Pozuelo pounced on an ill-advised backpass by Maxime Chanot and gave the Reds the lead. An even more egregious move by Ronald Matarrita led to the penalty kick that Pozuelo converted for the late game-winner.

On Sunday, Seattle let TFC have a big edge in possession -- 65% to 35% -- but allowed it few clear chances. The only clear chance it had in the first half came on a shot by Frenchman Nicolas Benezet that required keeper Stefan Frei to push aside with a diving stop.

"I thought we were fluid and generally good organization," said Toronto FC coach Greg Vanney. "I thought they didn’t have a great answer for some of our movement and some of the ball circulation. We got into a couple of good spots to have looks at goals, but probably not enough in the grand scheme of things. In all of the circulation, I thought too many times when we got into that very final action we slowed down just a little bit and that allowed them to get numbers back in front of the goal. Guys were in position to block things and cut off crosses."

Breakthroughs come down left side. Even into the second half, TFC captain Michael Bradley said the Sounders hardly crossed the midfield line, which made Leerdam's goal in the 57th minute such a shocker.

The Sounders scored as they have done so often this season, overloading the left side with Nicolas Lodeiro and Brad Smith working to spring Joevin Jones, who had switched wings with Jordan Morris. Jones fed Raul Ruidiaz, who found Leerdam open on the right side. The Dutch right back sent Benezet to the ground and fired a shot that deflected off Chris Mavinga and Justin Morrow into the goal.

“Gut punch, gut punch," said Altidore of the Leerdam goal -- no, it was not ruled an own goal. "No other way to put it. We took the game to them, we had most of the play throughout the game, but football is 90 minutes. We switched off and they got a lucky goal."

After a play that began on the left side -- again -- Lodeiro fed Victor Rodriguez for the second goal in the 75th minute and Ruidiaz ran past the beleaguered Mavinga to put away the clincher in the 90th minute. Ruidiaz finished the playoffs with four goals and five assists while Lodeiro added three goals and five assists. 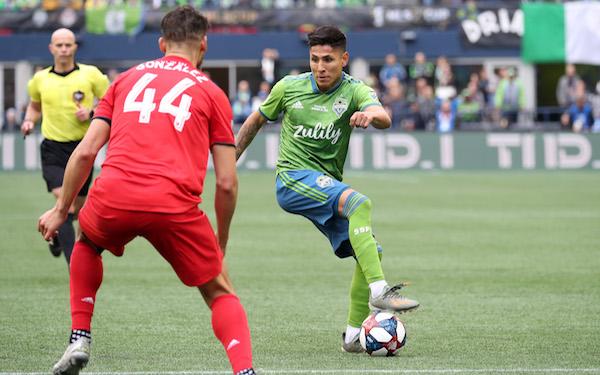 "The guys were hungry and waiting on top for an opportunity to come their way," Frei said. "I said at halftime, 'Raul, you'll get an open look, you'll get it. Don't worry about it.' Low and behold, he had a handful of chances. We end up with three goals."

mls
8 comments about "MLS Cup 2019: How did Seattle win going away in a final it was so outplayed?".
Read more comments >
Next story loading