No Christian Pulisic for next two U.S. matches 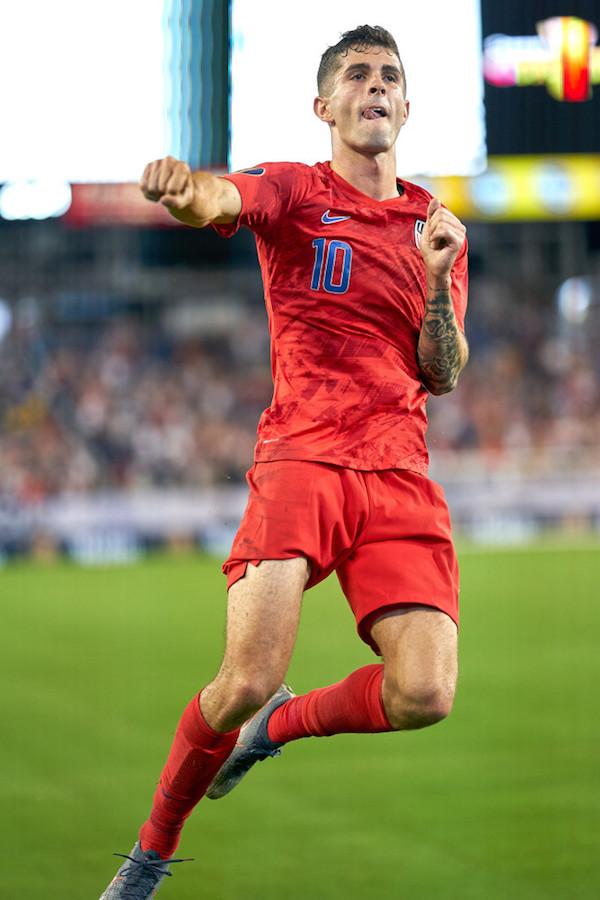 On Monday, U.S. national team coach Gregg Berhalter confirmed that Christian Pulisic won't play in the deciding Concacaf Nations League matches against Canada and Cuba because of a hip injury picked up in Chelsea's 2-0 win over Watford on Saturday.

In that game, Pulisic scored for the Blues, giving him five goals in his last three games.

“This was a collaborative decision with the club looking after the best interest of the player,” Berhalter said. “These situations are always difficult because this group and the coaching staff wants nothing more than to have Christian here, but it was a risk that we just weren’t willing to take at this time.”

The U.S. coach praised Pulisic for how he has come on following a slow start to his Premier League career since signing with Chelsea from Borussia Dortmund on a $73 million transfer. All five goals came in his first starts in almost two months.

“These are the stories that you can’t write,” Berhalter said of Pulisic. “[There’s] so much work behind the scenes, so much individual work by him, so much determination to hang in there, to keep working, to keep determined, to keep battling through disappointments. And he did a great job of that. All you can do is keep supporting a player like that and be very appreciative of his effort and consistency to succeed."

Pulisic's absence will leave a void in the U.S. attack, which has struggled this fall except in the 7-0 win over a Cuba team weakened by defections.

“We’re gonna have to get creative to find that creativity,” Berhalter said. “In all seriousness, it’s about putting the right personnel on the field to be able to capitalize on some of the weaknesses that we see in Canada. We’ll use this week to determine that, but we want to be aggressive in this game and we want to score some goals.”

Also missing against Canada and Cuba will be Michael Bradley, who injured his ankle in MLS Cup against Seattle on Sunday. Starting goalkeeper Zack Steffen was previously ruled out with a knee ailment. He continues to start for Fortuna Duesseldorf but has not been training.

Steffen's Fortuna teammate, Alfredo Morales, is back after missing the October Nations League matches, as is 19-year-old Sergino Dest, who sat out the October window while deciding whether to commit to the USA or the Netherlands.

Also available to play for the first time this fall is John Brooks, who is starting again for Wolfsburg after being injured. Brooks was in camp for the matches against Mexico and Uruguay in September but left after dealing with a tight groin strain.