Earnie Stewart on the USA's Under-17 disappointment, hiring YNT coaches, and the Latino issue 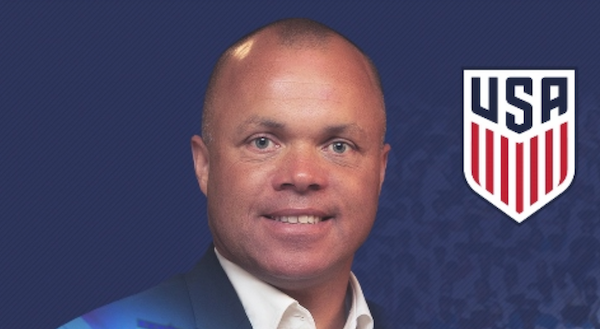 The comments came from a conference call that was mostly dedicated to Stewart addressing the men's national team and the confidence he has in Gregg Berhalter, who took the helm in December 2018 after a hiring process guided by Stewart.

His promotion to Sporting Director in August 2019 put Stewart in charge of a men's youth national team (YNT) program that had not been replacing its head coaches.

THE HIRING TIME FRAME? Stewart, upon being asked for a timetable on filling the youth national team head coaching vacancies:

"In the last eight weeks [I have been] putting the organizational chart for myself together. I would say youth national team coaches are something that we need -- so ASAP.

"But right after this camp, all stops are going forward. Without putting a real timetable on it, I’d say, ASAP. And hopefully you get it before Christmas and have at least, one, the conversations, but also have a good idea [of who] the people within those jobs are going to be."

The camp Stewart referred to is the USA's gathering for the Concacaf Nations League games, vs. Canada on Friday and vs. Cuba on Tuesday (Nov. 19). The organizational chart is a reference to Stewart's plan of how the entire national team program setup will be altered under his guidance.

"I’m putting a new organizational chart together for the sports performance side, for the technical side, and then as we go along, it’s filling that in," Stewart said as part of his answer about the U.S. U-17s' World Cup performance. "What does that look like is something that, one -- I need to speak to the Technical Committee about, and two -- it has to go to the Board. They need to make a decision on that.

"But having that, and that’s how I operate and work, one -- it starts with that mission and vision you have, and two -- putting a structure together that I think will be very successful. And then it’s placing all these things in there. And then there are games, and results, and yeah, I would say the under-17s are disappointing, the results that we had ..."

REACTION TO U-17 WORLD CUP? Under Raphael Wicky, the Swiss who was hired in March 2019, the USA had one of its worst performances at the biennial tournament that was launched in 1985.

"One thing I can say about that, and it’s not going to do much good for you, is we’re going to have a debrief of the Under-17 World Cup," Stewart said. "But what I would say in that is the role of under-17s in the future that they need to have -- once again the result was disappointing. Really simple, in the sense going home after the first round, that’s not why you want to go to a World Cup. ... We qualified in a fairly easy manner, but then we go to a world stage, and that wasn’t good enough.

"One, I’m going to have a debrief with Raphael on that, the coach, and the coaching staff, to see what went on there from a technical, from a tactical standpoint, from a team standpoint, and how we can better ourselves."

"But in the overall goal in everything, and yes we want to win, yes we want to become world champions, it’s about the development of the individual player because, and I’ll say this very black and white, you can become world champion, but if there’s not one player that evolves and goes to our men’s national team, we haven’t succeeded in what we want to do," said Stewart. "So that is an important part of the mission and we have players in our under-17 that have gone through this experience now. Once again, disappointing when it comes result-wise, but they at least went through this experience and with the experiences in tournaments in the future will help them get to the men’s national team. Once again, having a recap is one, but two, also, the overall goal from the individual player reaching our men’s national team. That is biggest reason why we have a youth national team."

HISPANIC REPRESENTATION? Stewart addressed the issue of Latino representation at the upper levels as well. He was asked whether it concerned him:

"When it’s voiced, it is a concern in the sense that it’s an opinion that’s on the outside," he said. "What I can say to that is that when we put it together, we’re just looking for the best people. It’s as simple as that. There’s no other stuff that goes on or anything like that. And is the Hispanic community an important part of the United States and U.S. Soccer? Yes. I truly believe that.

"Should there be representation, yeah, I believe that as well. That is hopefully what the future will also entail and what that will look like but it’s also about the quality of the people you bring in and everything. But it is an important part of our heritage, it’s an important part of our community, so that should also be represented within the U.S. Soccer Federation. And I don’t believe anybody within the U.S. Soccer Federation feels differently than that. Not at all."