NWSL's Washington Spirit on the move in 2020 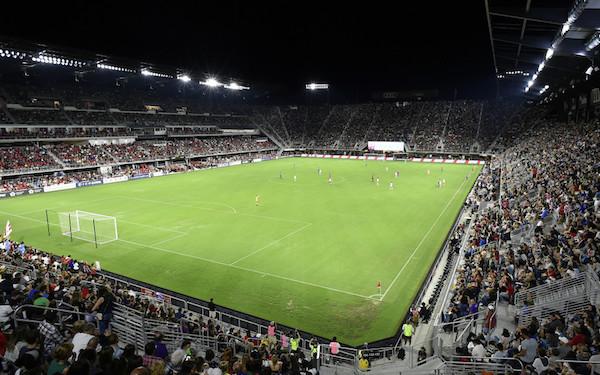 Buoyed by the success of its two games played at D.C. United's Audi Field in 2019, the Washington Spirit reached an agreement with D.C. United to split its 2020 NWSL schedule between Audi Field, the Maryland SoccerPlex, its home since the NWSL started in 2013, and Segra Field, which opened in 2019 as the home of Loudoun United, D.C. United's new USL Championship team.

The Spirit will play four games at each stadium in 2020. Fans can buy season-ticket packages for individual venues or all three. The Spirit will make transportation available for fans traveling from Boyd, Maryland, home of the Maryland SoccerPlex, to Washington and Loudoun County, where the two D.C. United facilities are located.

Spirit owner Steve Baldwin said that in 2021 the Spirit will move its training home to the new facility D.C. United is building in Loudoun County and play seven games at Audi Field and five at Segra Field.

"I want to be transparent with everybody," he said. "Our objective for our players is to have them play on the biggest stage possible every single match. So you know, Audi Field is that destination. For those of you that might have happened to come to our two games this year, it was crazy good."