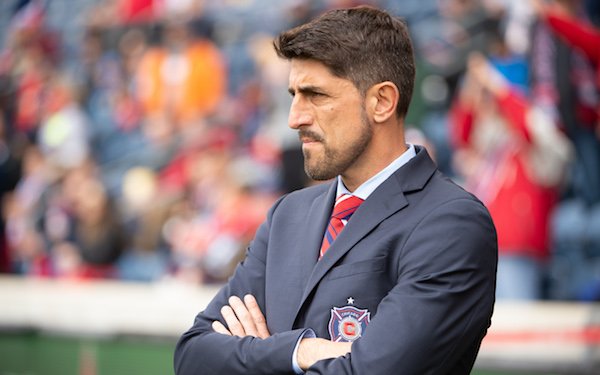 After four seasons, Veljko Paunovic is out as the Chicago Fire's head coach.

The move to part ways with the 42-year-old Serbian follows a 2019 during which the Fire finished in eighth place in the Eastern Conference with a 10-12-12 record.

The future of Fire president  and general manager Nelson Rodriguez, who joined the club in 2015, and Paunovic has been a matter of speculation since Joe Mansueto bought out the majority interest of Andrew Hauptman in September. Mansueto said he enjoyed getting to know both of them in his first full season as a minority owner in 2019.

“I believe in both of these guys," he told the Chicago Sun-Times. "They’re talented, engaged professionals, but I think you know we look at everything.”

Paunovic joined the Fire on a three-year contract in 2016 after leading Serbia to the 2015 Under-20 World Cup championship. The Fire finished last in MLS with 31 points but enjoyed one the biggest turnarounds in league history in 2017, claiming third place in the Eastern Conference with 55 points.

“Four years ago, Pauno and the staff accepted a challenge to help establish a football culture at the Fire,” said Rodriguez. “Their efforts helped revitalize the club with a competitive spirit and a dedication to always putting football first. Pauno and his staff were relentless in their devotion to the club and for that we are immeasurably thankful.”

The new coach will face a rebuilding job in 2020 when the Fire returns to Soldier Field. German World Cup champion Bastian Schweinsteiger announced his decision to retire an 18-year playing career, the last three in Chicago. Forward Nemanja Nikolic, who scored 51 goals in three seasons, bid farewell to the Fire. Dax McCarty was traded to expansion team Nashville SC.

Eddie Rock and Alex Boler in team operations will remain in their roles.