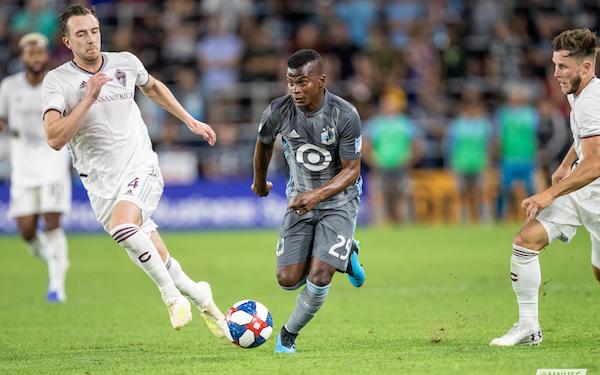 “Darwin’s track record speaks for itself," ,” said Dynamo senior vice president and general manager Matt Jordan. "He’s a proven difference maker in MLS and Liga MX who has adapted very well to our league. We are confident that Darwin’s ability to play a variety of attacking positions and create chances for himself and his teammates in the final third make him an ideal fit for the Houston Dynamo as we prepare for the 2020 season.”

Quintero, 32, was Minnesota United's first Designated Player when he moved from Mexico's Club America in 2018. He had 21 goals and tallied 20 assists in two seasons.

The Colombian was named to the 2018 MLS All-Star team, but his role diminished in 2019 when he was bothered by injuries. Even though he led the Loons with 10 goals, he didn't start the Open Cup final against Atlanta United or the Round One game against the LA Galaxy -- their first-ever playoff match. In both cases, he entered the game in the second half.