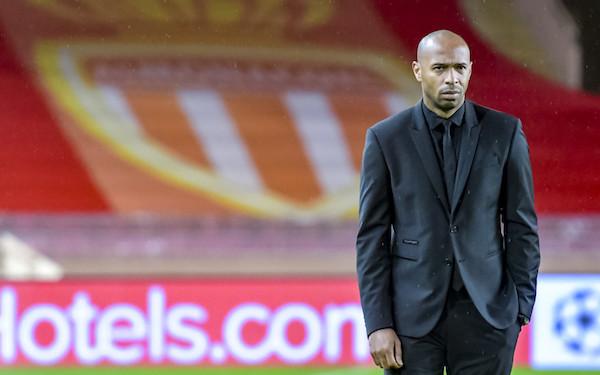 Less than 10 months after being fired from his first job as a head coach, former French World Cup champion Thierry Henry has been named the Montreal Impact's new head coach.

Henry's return to MLS comes five years after he retired as a player following a five-year stint at the New York Red Bulls. He replaces Wilmer Cabrera, who was hired in August 2018 to replace Frenchman Remi Garde.

The Impact finished with a 12-17-5 record in ninth place in the Eastern Conference and missed the playoffs for the third straight year. The last time it went to the MLS postseason was in 2015 when it fell to Toronto FC in the conference final, losing, 7-5 on aggregate, after jumping out to a 3-0 lead after 53 minutes.

Henry served as an assistant coach on Belgium's 2018 World Cup team and then was hired by struggling French club Monaco in October 2018. Monaco had won the 2017 Ligue 1 title and reached the semifinals of the UEFA Champions League the same year, but by the time Henry took over most of the top players, including Kylian Mbappe, had been sold.

Monaco won only five of 20 games under Henry before he was fired in January and Leonardo Jardim, whom Henry had replaced, returned. Henry came in for criticism for his coaching acumen as well as how he handled his players, some loyal to Jardim.

Henry will take over one of the most inconsistent teams in MLS. Montreal won the Canadian Championship for the third time in 2019 and reached the Concacaf Champions League final in 2015, but it has made the MLS playoffs only three times in eight seasons.

In 2018, owner Joey Saputo said he has been losing more than $8 million a year since the team entered MLS in 2012.

Henry reached out to the Impact about the coaching vacancy and was the only candidate for the position, according to Impact president Kevin Gilmore.

"[New Impact sporting director] Olivier [Renard] had joined and we were starting to compile a list and we were contacted because Thierry was interested in coming back to Major League Soccer and specifically wanted to look at Montreal," said Gilmore said on Montreal 690 TSN Radio. "So you get that phone call, you do some homework, you go out, [we] met with him, spent a lot of time with him and came to the conclusion pretty quickly that he was our first choice."