U.S. U-23 men fall to Brazil at Canary Island tournament

Preparing for Olympic qualifying, the Jason Kreis-coached U.S. U-23s fell, 1-0, to Brazil at the United International Football Festival in the Canary Islands. The USA completes the four-team tournament on Sunday against the Canary Islands' full national, which fell 14-0 to Argentina. The Canary Islands replaced Chile, which withdraw from the tournament a week prior, citing the unavailability of Chilean Primera Division players.

Matheus Cunha scored Brazil's goal in the 15th minute after a U.S. buildup broke down.

After the USA strung seven passes together deep in its own half, Pedrinho snatched the ball, dished it to Wendel, who set Matheus Cunha's 22-yard shot that beat goalkeeper Matt Freese from 22 yards.

“It was a terrific experience for our players,” Kreis said. “We can play with this type of opponent. We need to come into this game with a lot braver mentality, to play through them, to defend higher, to put pressure on players earlier.

“From a learning point of view, we gave Brazil too much respect, too much time and space in the first half, which allowed Brazil to completely dominate possession and the tempo. I thought players were a little bit timid about their positioning defensively and also timid when we had the ball. In the second half, we put ourselves in better positions to pressure the ball and the mentality was better, it was a little more brave.”

• Brazil is defending Olympic champion, having beaten Germany in final of Rio 2016 Games.
• The Olympic tournament is a U-23 competition in which teams allowed three overage "wild card" players. The qualifying tournaments are U23-pure competitions.
• The USA failed qualify for the last two Olympics, 2016 and 2012.
• Concacaf's Olympic qualifying tournament takes place March 20-April 1 in Guadalajara, Mexico. The top two finishers advance to the Olympics.
• The Canary Islands national team only plays friendlies because they are part of Spain and not affiliated with FIFA or UEFA. 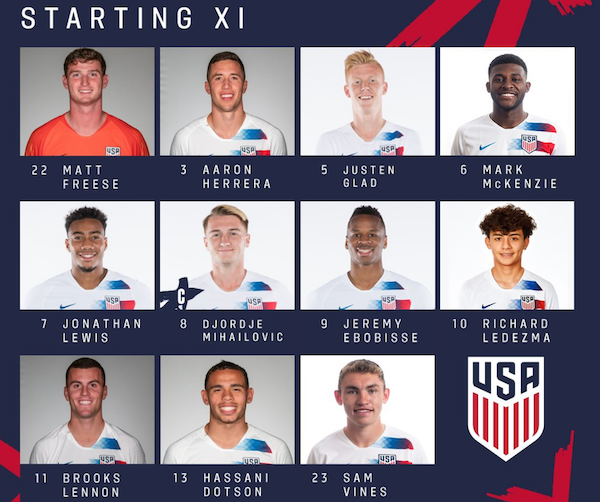