From Piscataway to Harrison: Sky Blue FC turns page on troubled past 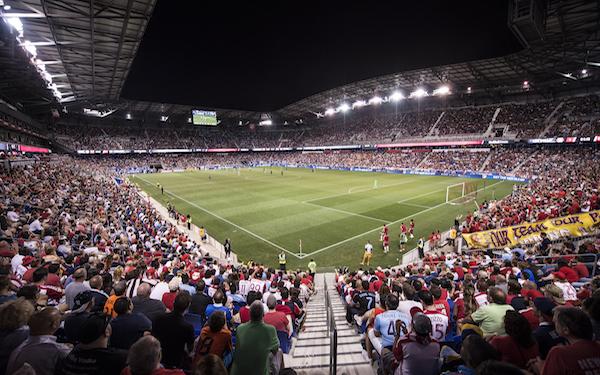 In the most significant demonstration of its intention to turn a page on its troubled Piscataway past, Sky Blue FC announced it will play all its 2020 NWSL home games at Red Bull Arena, home of MLS's New York Red Bulls, in Harrison, N.J.

In its 10 seasons in WPS and the NWSL, Sky Blue FC has played all but a handful of games at Rutgers University's Yurcak Field in Piscataway, New Jersey.

Sky Blue FC averaged just 1,500 fans a game for its first six matches of the 2019 season at Yurcak Field in Central New Jersey but set a record for its highest home attendance in the NWSL with a sell-out crowd of 5,003 for its match against Washington on July 24. It played two games late in the season at Red Bull Arena, where it drew 9,415 and 8,314 fans.

Red Bull Arena is accessible to fans in New York City by public transportation. By contrast, Rutgers is 32 miles from Manhattan and 54 miles from Philadelphia.

In 2018, Sky Blue FC was the subject of many unflattering stories about poor working and housing conditions for its players, and what its ownership group led by New Jersey governor Phil Murphy and president and general manager Tony Novo were doing (or not doing) about it.

Early in 2019, Sky Blue FC's top two College Draft picks -- No. 2 pick Hailie Mace and No. 6 pick Julia Ashley -- chose to sign for teams in Sweden rather than play for Sky Blue FC.

Novo resigned on the eve of the 2019 NWSL season in April, and Alyse LaHue took over as interim general manager. She had the the interim tag removed after the successful promotion of post-Women's World Cup matches and has earned positive reviews from Sky Blue FC fans and the media for her work.

“After our players and fans experienced Red Bull Arena in 2019, we knew it was the perfect venue to host Sky Blue and showcase this incredible league,” said LaHue of the Harrison. “We’re extremely grateful to the Red Bulls organization for all their efforts in reaching this agreement, and will always remain thankful to Rutgers for their commitment to Sky Blue throughout the years. The move to Red Bull Arena builds upon the positive momentum we gained last season and will help propel our club and the league to the next level.”