Coached by FC Cincinnati Director of Player Development Larry Sunderland, the U.S. U-16s beat Turkey, 3-2, to win the 19th annual Nike International Friendlies in Lakewood, Florida. The U.S. U-17s, comprised of 2002s who weren't on the U-17 World Cup squad that exited at the group stage under Coach Raphael Wicky, tied the Netherlands, 2-2, later on Monday to finish third behind the runner-up Dutch and ahead of the Turks. 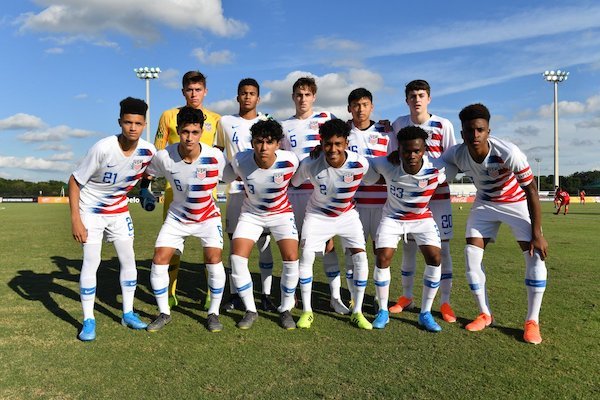 The U.S. U-16s, which beat the U.S. U-17s, 2-0, on Saturday, went down against Turkey in the 28th minute but equalized in the 40th minute when Moses Nyeman poked home a through pass from Brian Gutierrez. In the 54th minute, Kevin Parades, who scored in the U-16s opening 3-3 tie with the Netherlands, set up Dante Sealy to put the USA up 2-1.

In the 73rd minute, Sealy struck again when he rounded the Turkish goalkeeper after the latching onto a ball from Alex Monis that sent him through for the breakaway. Sealy's finish came after a string of eight U.S. passes, started by its goalkeeper. His first came after nine passes. Nyeman's goal also came after some slick U.S. combination play.

Turkey scored its consolation goal to make it 3-2 late in stoppage time.


Junior Gonzalez, the interim coach of LA Galaxy II of the USL Championship, was assigned head coaching duty of the U.S. U-17s, filling in for Wicky, who was expected to be occupied at the U-17 World Cup that ended last weekend.